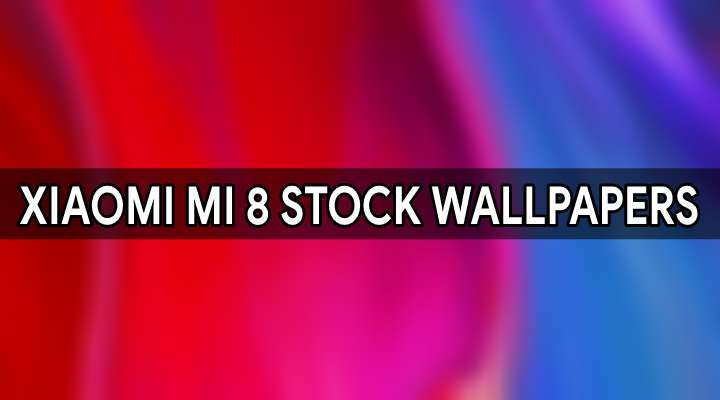 Popular Chinese smartphone manufacturer Xiaomi unveiled the Mi 8 in China, the successor to the last year’s Mi 6 and also company’s eighth anniversary smartphone. The iPhone X-esque designed smartphone features a notched 6.2in Full HD+ 18:7:9 Samsung made AMOLED display with a resolution of 2280 x 1080. Speaking of which, the Xiaomi Mi 8 doesn’t just feature a notch that houses the camera and ambient light or proximity sensor, that is for the plebians. In fact, Xiaomi has gone further and decided to take on the iPhone X by employing an infrared 3D Face unlock sensor into the notch.

The Xiaomi Mi 8 is powered by the latest and greatest, mighty and powerful Qualcomm Snapdragon 845 SoC coupled with an Adreno 630 GPU along with 6 GB of RAM for all the three storage options (64, 128 or 256 GB). Unfortunately, a MicroSD card slot is not present in the Mi 8.

Photography is handled by a dual camera setup at the rear featuring two 12MP sensors having an aperture of f/1.8 and f/2.4 respectively with the latter being a telephoto lens. The two cameras are assisted by dual LED flash, features AI enhancements for over 200 scenes and feature 4-in-1 pixel binning for better low light shots. An AI-powered 20 MP (f/2.0) shooter is up front that aims to provide better portraits and selfies by employing the magic of AI.

A 3400 mAh battery is onboard the Xiaomi Mi 8 keep the lights on. Speaking of which, the device is equipped with Quick Charge 3.0  and charging is done via the USB-C port to top it up fast in the morning. Coming to the connectivity side of the Xiaomi Mi 8, it has you all covered with WI-FI 802.11 a/b/g/n/ac, Bluetooth 5.0 LE with aptX HD and A2DP, GPS and more. Sadly and unfortunately, the Mi 8 abandons the good old headphone jack we all love. The Mi 8 runs on Android 8.1 Oreo-based MIUI 9.5 out of the box.

The first and only smartphone to feature a Dual GPS

During the launch, Xiaomi proudly claimed that the Mi 8 is the first smartphone in the world to feature a Dual GPS. Dual GPS uses the traditional L1 frequency seen on most phones along with L5 frequency that is mostly utilized in the aeronautical industry. The added new frequency should help make location-based and navigation services considerably faster and easier than ever before.

The Mi 8 is also available in two more flavors

Interestingly Xiaomi also offering an Explore Edition and an SE (Special Edition) with the former featuring an in display fingerprint sensor and a see-through glass panel at the rear of the phone for tech geeks and enthusiasts and the latter is just a slightly watered down variant of the Mi 8 and is also the first phone in the world to feature an all-new Qualcomm Snapdragon 710 SoC.

Design, why are most of the OEMs impersonating the Apple iPhone X?

Design wise, the Xiaomi Mi 8 looks eerily similar to the Apple iPhone X. With that said, there is no denying the fact that Xiaomi was only and only inspired by the “FruitPhone X” with the dead ringer being that vertical rear camera module design and the infamous notch up front of the Mi 8.

Download the Zip via the links given below for those who would like to download them in PNG format or click to enlarge the wallpaper(s) available below (JPEG format) and then save it to your phone or PC. The resolution of the wallpapers is 1080 x 2248 px.