Modern smartphones have turned into a portable music player replacing the old Walkmans and iPods. If you still own an Android phone you don’t use anymore you can still use to play music. Today, we got some app suggestions for best music players for old Android devices.

If you have been an Android user since the earliest versions of it, most probably you own an old Android device sitting in a drawer, with no use at all. Old Android devices belong to the kind of stuff we hide somewhere and just forget about their existence. Truth is, Google and OEMs have never considered supporting Android devices for quite long. This would not help the market grow anywise. Also, with each version of Android, hardware requirements get higher, marking less powerful devices incapable of keeping up with software improvements and security fixes.

However, there is more use in these old devices than just being bricks taking space. As long as you have some fantasy and developers keep producing Apps that target older versions of Android, there are many things that these devices can do. We have many ideas on this subject that we will be sharing with you in a series of articles.

Today, we will be focusing on one of the easiest things that an old Android device can be transformed into, a Music Player. Decoding audio is not a very demanding task in terms of processing power, so even platforms with minimal ram and slow single-core processors can handle audio playback adequately. All needed is a good Android Music Player app. Fortunately, there are Music Players still available on Play Store, which can run on early versions of Android and ARMv6 processors.

This list is created having versions of Android 4.1 and earlier in mind, to help users find Apps that support these versions of the Operating System. If you are running on Android 4.1 +, most Music Players available on Play Store should have support for your device.

Requires: Android 4.1 and higher
Nocturne Music Player is quite popular among Android users. It offers a flat and minimalist user interface and is pretty fast. Moreover, it includes features like an ID3 Tag editor, gapless playback, and a built-in equalizer with bass boost and 3-D surround visualizer.

Nocturne Music Player can play any audio format supported by the Android version it is running on, as it depends on the Android’s built-in media playback engine. This means it will play .MP3, .WAV and .OGG on most devices and .FLAC files on Android 4.1 and up.

Nocturne Music Player is a good choice if you would like to use a Music Player that is under active development and do not need playback support for rarer audio formats. It nicely runs on smaller screens too. 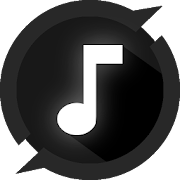 Requires: Android 2.1 and higher
This is another well-known Music Player that also provides support for older Android versions. It packages playback support for .WAV, .OGG, .MP3, .3GP, .MP4 and .M4A formats. Support for advanced formats requires buying the premium version of the App. Rocket Player also provides tag editing, an equalizer with a number of presets, the material designed interface and playlist support. Overall, this App offers features on-par with Black Player, with some extra features unlocked by buying the premium version. 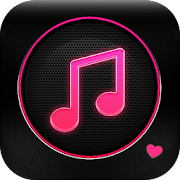 Requires: Android 1.6 and higher
Clearly, this is the most powerful music player you can get. This App is a clone of DeadBeeF Music Player from GNU/Linux desktop platform and an ancestor of the powerful DDB2 Music Player for Android. Development of DeadBeeF is ceased in favor of DDB2, but DeaDBeeF is still available on Play Store. It features its own playback engine, so it can play a large number of audio file formats on any device. There is an equalizer, a tag editor, gapless playback and ReplayGain support. You can even listen to Shoutcast/Icecast internet radio. However, its user interface might not be that appealing to all users.

If your device runs Android version 4.1 and higher, you should install DDB2 instead, as it provides the same features, a better-looking interface and it is under active development. Do not forget to install the free separate codec packs for both of these Apps, as these enable support for a wide range of audio formats. 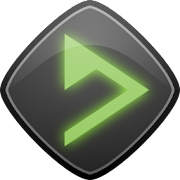 Must Read: Get Instant Song Lyrics on Android with QuickLyric