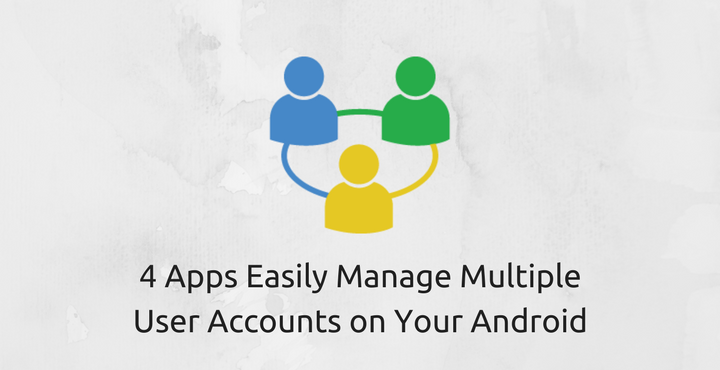 Most of the Games, Social Networking apps, and Texting apps allow only one user account per app. But there might be situations where you might need to have two different accounts but in order to achieve that you will have to log out of one account and log into the other. Some apps like Twitter, Google+ already support multiple user accounts and only time will tell how long will it take for others to add this functionality. Also, Android’s built-in multi-user functionality (at OS level) still leaves something to be desired for and has a long way to go. But thankfully, there a few apps that allow you to manage multiple user accounts for a specific app without having to log-out/log-in every time.

You may also like: 5 Best Home Screen Widgets for Android

Parallel space is one of the very first (if not the first) apps to provide this functionality. Parallel Space lets you toggle between two networks or accounts on a single Android device with just a tap. You can log into multiple user accounts on apps like Facebook, WhatsApp, etc. and switch between them with just a tap. You can have two accounts of the same game side by side. The app is very small in size which is a plus. It is important to note that you cannot stay online on both the accounts simultaneously. Whichever one you are currently using will be the one that’s shown as ‘Online’.

App Cloner takes a slightly different approach in handling multiple users accounts of an app. With App Cloner, you can select the app for which you want to have multiple accounts and the App Cloner will create a clone of that particular app. Then you can install it side by side with your existing original app without any issues. It’s like running two instances of the same app side by side. There are multiple options such as: changing the name of the cloned app, customizing the look of the icon of the cloned app, adding password protection for the cloned app, etc. The major drawback with this app is that it does not support popular IM platforms like WhatsApp, Viber, etc.

Don’t miss: PrivateMe Hides Apps Like They Don’t Even Exist

Multiple Accounts: 2 Accounts is a Multi Account Manager app which is designed specifically for IM apps like WhatsApp. Similar to other apps in this category, this app allows you to have two accounts of the same app simultaneously. This app supports most of the popular apps such as WhatsApp, Facebook, WeChat, etc. It is important to note that this app has still a long way to get in the case of IM apps – there may be delayed delivery of messages, delayed notifications and a few problems similar to that.

What is it going to be for you?

Apart from App Cloner, all the apps listed above offer a similar functionality. And also, there are new apps being published every day on the Google Play Store that offers these features. Which one do you use? Also, I am very keen in finding out for which apps you have multiple users accounts as I have just one account for every Social Network/IM/Game and I find it perfectly enough. Do let us know in the comments below!