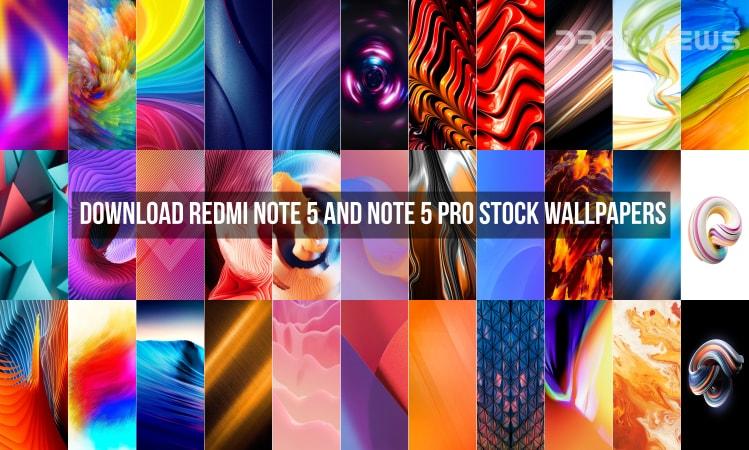 As for the design of these smartphones is concerned, the Xiaomi Redmi Note 5 looks identical to the Redmi Note 4 from the back. On the other hand, the Redmi Note 5 Pro with a dual camera setup on the back looks very similar to the iPhone X. Both the newly launched devices sport the 18:9 aspect ratio and have slim bezels on the top and bottom of the screen.

As far as the smartphones are concerned, the Redmi Note 5 and the Note 5 Pro will be available in the Indian markets via online partners and offline Xiaomi stores only where the first sale of the smartphones is yet to take place. However, one of the most important aspects of any smartphone launch is their stock wallpapers.

Now, we are pleased to inform you that we have found out the Stock Wallpapers of the Redmi Note 5 and the Note 5 Pro and we are going to share them with you below. As far as the Stock Wallpapers of both the devices are concerned, there are 33 wallpapers in total which can be found on both the devices, combined. All of the wallpapers are available in Full HD resolution. Apart from that, the wallpapers are available in an 18:9 aspect ratio with a resolution of 1080 x 2160 pixels.