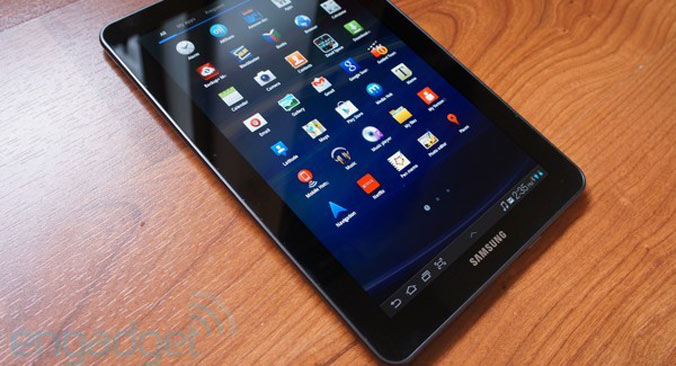 The Galaxy Tab 7.7 3G GT-P6800 belongs to the first generation of tablet devices from Samsung, It also happens to be the first tablet device to come with AMOLED plus display. It was launched back in September 2011 with Android 3.2 Honeycomb which was later upgraded to Android 4.0.4 Ice Cream Sandwich. At a time when all were thinking that ICS was the last firmware upgrade for this beautiful tablet, we were surprised a month ago when a report said that the OEM was testing JB firmware on Tab 7.7 GT-P6800.

No wonder the long-awaited Android 4.1.2 Jelly Bean has finally hit the device and thus put a smile on the faces of its users across the world. Anyways the new update has already started rolling out and its users in Asia region have been receiving the OTA update via Samsung Kies and on-device software update feature. Currently, there are 7 countries where the update is available but as always happens it will be pushed in phases to all device in other countries too.

The Android 4.1.2 is really a major update as it brings a totally revamped new user interface with TouchWiz Nature UX introduce for the first time with the Galaxy S3. The new features and enhancements introduced by the JB update for the Galaxy Tab 7.7 GT-P6800 are as follows: All these features are sure to make you excited about getting this update as soon as possible. Do not worry, you can enjoy the Android 4.1.2 Jelly Bean features on your Tab 7.7 even if you do not belong to any of the countries listed below. If you have an unbranded international version of the device, you can download any carrier unbranded firmware from below and install it on your device.

As new firmwares arrive the below list will be updated with firmwares for more countries.

Download the firmware file in zip from above, extract it on your desktop and install the new update by clicking PDA button and adding the firmware file with .tar.md5 extension. For detailed installation tutorial Click Here.