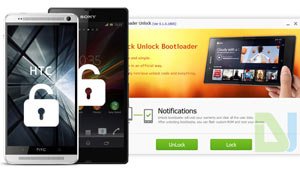 When we talk of an “unlocked” phone in the context of an Android device, it might have two implications: a phone with unlocked SIM capabilities, or a phone that has an unlocked bootloader. Both the things are put into a device to discourage the users from being infidel to their network carriers and OEMs respectively. Most carriers do not like their users to break with the contract by using a SIM card from another carrier. In the same way, when a device manufacturer wishes to ensure that its users must root their devices and replace the official recovery with a custom one, they ship their phones or tablets with locked bootloaders.

While some OEMs/carriers remain rigid with locking the bootloader to discourage custom development, there are still many who do not use such tricks. HTC and Sony devices generally come with locked bootloaders but these companies also provide the option to unlock it on their developer portals. Nexus devices have locked bootloaders too, but they are easy to unlock. Most Samsung Galaxy devices do not have any lock on bootloader but some of their US variants are. It is due to this that a custom recovery cannot be installed US variants of devices like S4 and Note 3.

Anyway, if you own an Android device from HTC or Sony and you wish to root your phone and install a custom recovery on it, you must be knowing that you will not be able to do any of those things without unlocking the bootloader of your phone. Both the OEMs do provide an official way to unlock their device, but the methods provided with them a little rounded and takes time too. To save your time and make the whole procedure easy, we are going to share an awesome tool with you that performs the unlocking in a matter of minutes and just in a single click.

Though the procedure given below is safe enough, you must keep in mind that it voids the warranty of your Android device. Moreover, unlocking the bootloader will also wipe all data (except external SD card) present on your device. Proceed only if you understand its implications!

The good thing is that the bootloader unlocking tool from KingoApp, does it in an official way and is compatible with almost all phones from HTC and Sony. According to the official site, the HTC/Sony Bootloader Unlock tool has the following features:

How to Root Any Android Device in Just One Click

Download the latest version of the tool for your HTC/Sony device from below:

(not compatible with Windows 8 or above)

How to Unlock the Bootloader:

As we mentioned above, using the KingoApp Bootloader Unlock tool is as easy to use as downloading in a single click. It does not require a tutorial, yet here are some of the steps that you have to follow to get your phone’s bootloader unlocked.

Mission accomplished! Wasn’t it easy? Now your HTC/Sony device is ready to be rooted and now you can also install CWM or TWRP recovery on it and start enjoying the privileges of owning a rooted Android phone. Cheers!