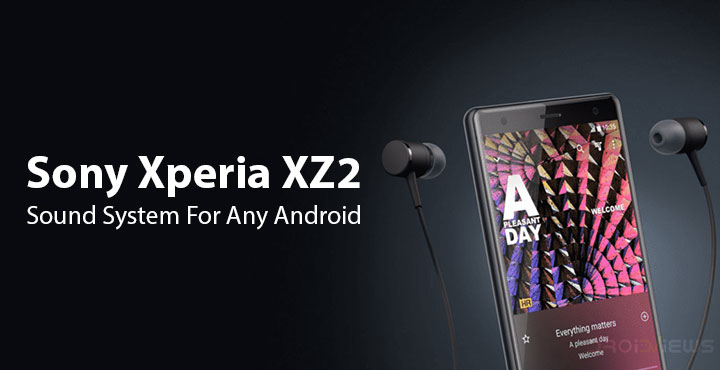 Smartphone markets all over the world have become quite saturated with so many smartphones available today. Developed markets like the USA and Europe are filled with companies aiming at the high-end of the market where most sales can be made. In markets such as China, the mid-range segment rules sales and none of the big names are able to make a dent in this segment. Chinese OEMs are all over it. The markets where growth is still continuous such as India are even more competitive with even lower prices. To sum it up, competition is intense and the room for expansion is less. OEMs have to come up with all kinds of ways to stand out. The Sound System on Sony Xperia XZ2 is a result of that.

The Japanese tech giant has had its hands in almost everything from Televisions to games, music, and entertainment and they’re a big name in almost all the markets they’ve stepped in. Except for smartphones which never really took off for the company. Yet, despite several years of operating under losses, Sony’s mobile division has managed to turn it around and actually make some profit. It may not be as huge as Samsung or Huawei, but it is something. This, the company has managed to do by focusing on their niche market.

Sony is known for their prowess in the audio equipment market. It shouldn’t surprise anyone then that they’ve made audio one of the selling points for their latest smartphones. They call it the Sony Xperia XZ2 Sound System and it includes sound enhancing tech like High-Resolution Audio, and LDAC. It can also produce High-Resolution Audio with even compressed files sounding better thanks to DSEE HX. This has all been present on some previous Sony smartphones as well. Now you can get it on any smartphone as long as it runs Android.

That’s all thanks to XDA Senior Member sirdoha, who spent “consecutive sleepless nights porting, testing and perfecting” this port. The developer has made the port available in three “editions” that are as follows:

It’s not without its flaws

Since this is a port and not an official one, it isn’t surprising to see it is not perfect. For now, every time you reboot your phone, you’ll need to play music on the Sony Music app, lock your phone and wait for 5 seconds. When you unlock your phone the port will be activated. Keep in mind this needs to be done at every boot and is not just a one-time thing.

In case you haven’t yet figured out, this port of the Xperia XZ2 Sound System requires that your device should be rooted and have a custom recovery such as TWRP installed.