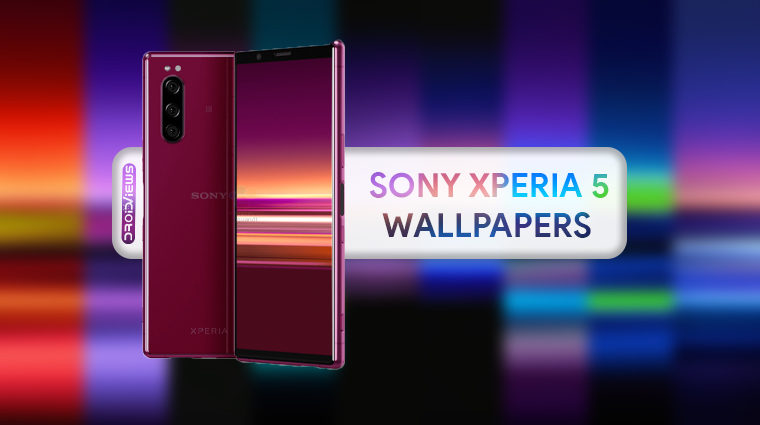 It may be struggling to sell phones, losing money in the business, but Sony doesn’t seem affected. For the better part of the last decade, Sony has been launching flagships every 6 months. Earlier this year, they launched the Sony Xperia 1. 6 months later, at IFA 2019 the company is back again with the Sony Xperia 5. At least Sony makes some of the best stock wallpapers. And you can download Sony Xperia 5 stock wallpapers from the link below.

You’d expect a Sony Xperia 2, after Xperia 1 but Sony has a different mathematical system. Even still, the Xperia 5 is in no way a successor, nor an improvement, over the Xperia 1. Therefore, the naming scheme sounds even more confusing. Fortunately, the existence of the Xperia 5 does make some sense, even if the name doesn’t. It’s for the four people who wanted the Xperia 1 in a more compact size.

The Xperia 5 is a smaller version of the Xperia 1. As such, it’s extra tall with a 21:9 aspect ratio and also super slim, just like the Xperia 1. There aren’t many differences in terms of design. It’s the same glass-on-glass build with the usual boxy Sony design we’ve come to know and expect from Sony. Just as before, all the buttons are placed on the right, including the side-mounted fingerprint scanner and the two-stage shutter key. 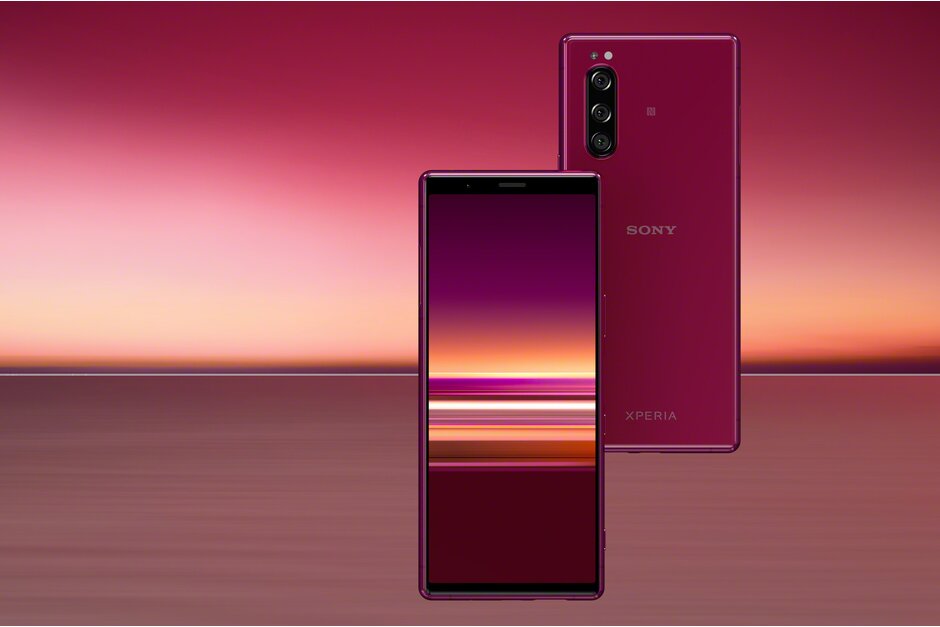 Even the thickness of the two devices is the same at 8.2mm. The same Corning Gorilla Glass 6 is used for protection at the front and back as before. The frame of the device is built with aluminum. The only visible difference between the Xperia 1 and Xperia 5 is on the back. Even though it’s the same triple camera setup, it is placed on the left side on the Xperia 5. On the Xperia 1, the camera module was in the middle.

The Sony logo adorns the center of the back while the Xperia branding sits subtly at the bottom. The edges are rounded off making the device more comfortable to hold in the hand. The bottom edge of the device houses a speaker grille and a USB type C charging port.

The front features a 6.1-inch OLED touch screen which is slightly smaller than the 6.5-inch screen on Xperia 1. The display also caps out at 1080 pixels x 2520 pixels unlike the Xperia 1 which had a display resolution of 1644 pixels by 3840 pixels. The screen-t0-body aspect ratio is also slightly less at ~80.9% compared to the ~82% on the Xperia 1. The overall pixel density of the display counts to about 449 pixels per inch. The display does support Sony’s Triluminous display and X-reality engine tech along with HDR.

Despite the Snapdragon 855+ being available, the Xperia 5 still uses the Snapdragon 855 to power its needs. It’s not bad by any means but it’s also already not the latest processor from Qualcomm. The CPU on the chip is paired with the Adreno 640 GPU. Like the 1 before, the Xperia 5 is also only available in a single RAM and storage option with 6GB of RAM and 128GB of storage. This can be expanded up to 1TB with a microSD card which uses the second SIM slot. On the Xperia 1, expandable storage was limited to 512GB.

Sony packs in a 3140mAh battery which is, by today’s standard, pretty small. It does support 18W fast charging at USB 2.0 power delivery speeds.

The Sony Xperia 5 wallpapers pack contains 9 wallpapers, 5 more than the Xperia 1. Although the design aesthetics of the wallpapers remains the same. So if you didn’t like it before, it’s likely you won’t like it now. We have uploaded the wallpapers below. However, keep in mind that these are compressed JPEGs only for demonstration.

There are a few wallpaper pack recommendations for you below. Consider downloading them too.