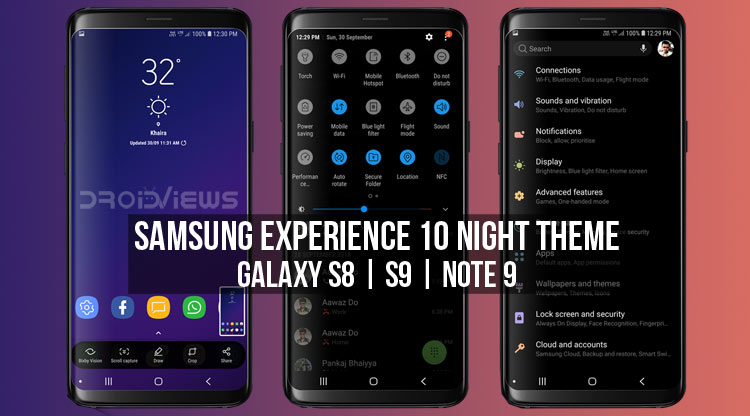 It’s technology season this time of the year because this is the time most tech companies launch new products. It is the time before holidays across the world and every company wants their brand new products attracting customers. It’s also the time of the year when most Android manufacturers are working on bringing the latest and greatest version of Android to their devices. Essential has already done this right when Google did. OnePlus has already released Oxygen OS 9.0 based on Android Pie for its latest flagship. Samsung is also working on their Samsung Experience 10, based on Android Pie.

XDA Recognized Themer envy~ has managed to bring many of those visual changes to the Android Oreo-based Samsung Experience 9.0 on the Samsung Galaxy S9 and Galaxy S8. Of course, not every aspect of a new operating system version can be simply ported via a theme. That’s especially true for the functional aspects. But the theme by envy~ seems to do a pretty good job at bringing the Samsung Experience 10 to the Galaxy S9 and Galaxy S8. Most of the white has been turned dark in the theme so as to make it more AMOLED friendly.

The theme brings rounded corners, a new navigation bar, design, black AMOLED backgrounds and a lot more. Here is a full list of changes that the theme brings, straight from the developer of the theme.

Some things that don’t work include rounded corners for notifications on Android 8.1 Oreo. The theme is optimized for Android Oreo and lacks support for Android Nougat. So although it does work with Android Nougat, you can expect more bugs and compatibility issues.

Recommended for you: 25 Hidden Android Settings You Must Check Out