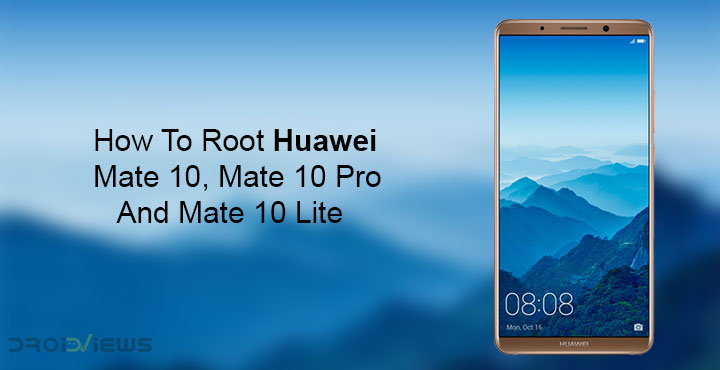 Similar to Samsung’s Galaxy Note flagship series apart from its Galaxy S flagships, Huawei has a flagship Mate series along with its other flagship P series. Although the difference between the two Huawei flagship lineups isn’t as distinct as Samsung’s. The Mate 10 doesn’t have a stylus or anything but it is simply another flagship from Huawei. That’s not necessarily a bad thing. In any case, the Huawei Mate 10, Mate 10 Pro and Mate 10 Lite are here, have been for a while. If you own any of these devices and wanted to root them, now you can and we’re going to show you just how.

Unlocking the bootloader, rooting your device, installing custom recoveries or kernel, each and every one of these actions will void your warranty. No one can guarantee that doing all of this won’t harm your device. You must understand that there is always the rarest of chances that things might not work out. DroidViews or anyone else cannot be held responsible under such circumstances. On the plus side, once you’ve unlocked the bootloader you can’t void your warranty anymore.

Android has a lot of fragmentation already and now manufacturers are coming up with more ways to further increase it. It used to be just about the skin and software but with companies like Samsung and Huawei making their own chipsets as well, the fragmentation has further increased. This makes it really difficult for developers, especially the ones working for free, to support all these different hardware. Last year’s Huawei Mate 9 never got an official build of TWRP recovery for example. Not surprisingly neither the Mate 10 nor the Mate 10 Pro have any kind of TWRP build available.

Luckily, developers associated with Huawei devices have found a way to root it without using a custom recovery. Both the Mate 10 and Mate 10 Pro can be rooted using a command line tool, on a Windows PC. We already have a full guide to unlocking and rooting the Mate 10 Pro with this tool. Exactly the same procedure will work for the Mate 10 as well. 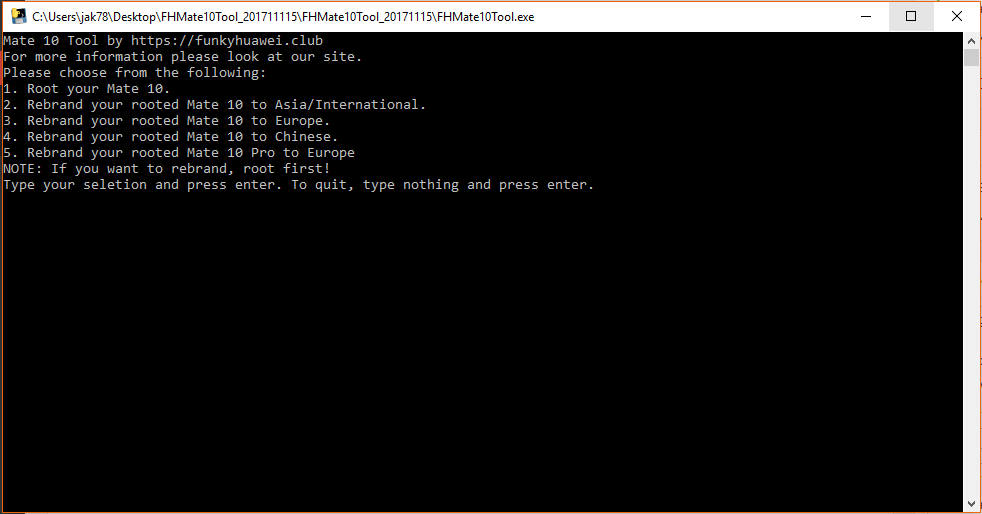 It should be noted though that this method, while tried and tested, does result in a loss of all user data on your device and also the ability to use the EMUI themes.

Method 2 (preserves data and themes, not as reliable as method 1)

When your device boots you should have root access via the now installed SuperSU app.