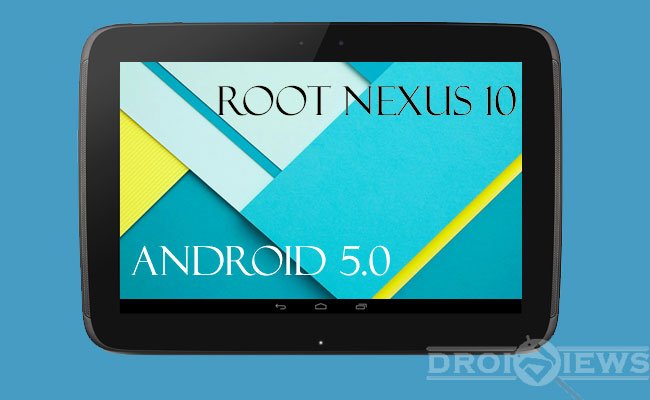 A busy day for Chainfire today as he pushed out several of his signature CF-Auto-Root programs for various devices. These include support for Moto x 2014, Nexus 5, Nexus 7 2013 (WiFi), Nexus 7 2012 (WiFi) and last but certainly not least the Nexus 10. With all these devices running their just released Android 5.0 Lollipop builds it really is an incredible feat. Some problems were experienced by Nexus 10 users earlier on as the first file Chainfire released wasn’t working properly.

However Chainfire soon figured out the issue with the Nexus 10 files, saying it was “A case of the OutOfSpacies on /system”. He has corrected the issue and the files have been updated and uploaded. This means it’s now all systems go for Nexus 10 users wishing to root their very recently updated Lollipop devices.

This guide should be followed very carefully and patiently. Any deviation could lead to a bricked device. Make sure to read each step completely before proceeding and allow ample time for the processes to be completed. Furthermore this guide does not guarantee the process will be successful and all risks are taken solely at the user’s discretion. This guide is intended only for the Nexus 10! Other devices are not supported. Incorrect use of these files might result in a bricked device. You alone are responsible for any consequences that might occur during the process, we shall not be held responsible for any damage to your device. Your warranty will become null and void by following this process.

With all those formalities out of the way it’s time to get on to the fun part, rooting your Nexus 10.

Hoorah! Your Nexus 10 is now ready to rumble! We hope this guide brought a smile to your face and was helpful in rooting your Nexus 10. If you’re having any difficulties leave a comment down below and we’ll be sure to help you out. Alternatively if everything was smooth sailing then also let us know so other users can be reassured.