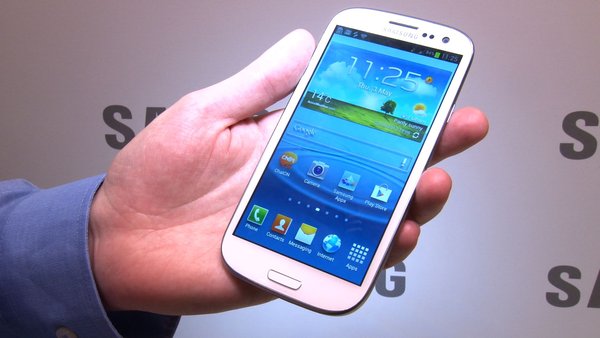 It has been exactly 24 hours since I flashed my Galaxy S3 with the latest  Android 4.1.2 Jelly Bean Update firmware rolled out for Poland users. Since the firmware update with PDA version I9300XXELKC was not meant for my country, that is India, I was afraid a little whether all features of the Android 4.1.2 would work for me or not. With the notion of returning back to Android 4.1.1 in case anything went wrong with 4.1.2 at the back of my mind, I decided to flash this firmware anyway.

I launched Odin, put the phone into Download Mode, hooked up it to the computer and hit the Start button at Odin (see the complete procedure here). It took about 5 minutes to install the firmware and then the phone rebooted as usual. Since I had flashed Android 4.1.2 over stock 4.1.1, the device directly open with the lockscreen on the top and all my contacts, messages, files and settings were intact (felt good to see them untouched).

It was then I began to explore the new features and functionality brought about by the official Android 4.1.2 Jelly Bean firmware update for the Samsung Galaxy S3. We shall take a look at all of them one by one.

It is to be noted that the new firmware update does not snatch away any of the features that came with the previous Android 4.1.1 update. It only adds a lot of new things to your Samsung Galaxy S3 that shall make you say ‘WOW!!”

The Multi Window feature is something we all had been waiting for to experience on our Galaxy S3. It is the most striking feature of the official Android 4.1.2  Jelly Bean firmware for the Samsung Galaxy S3 is the Multi-view or Multi-window functionality. It is really nice to see two windows opened side by side on your phone’s screen with two apps running together. It is such features that take a smartphone to the level of a computer. To start Multi-window you must enable this feature from Settings> Display, or Statusbar Toggles. Press and hold the Back key to show or hide the multi-window tray, then drag an application to the main window (any screen). When that application is launched, drag another icon to the upper or lower part of the same window.

You can toggle between the opened windows area by tapping the toggle icons as shown in the above screenshot. To open any of the opened app in one window/full-screen mode, tap on the full-screen icon. Moreover, you can place the Multi-window bar to any edge of your phone’ display: left, right, top or bottom. Just tap on the Multi-window tray handle, and when the tray is open, tap and hold the handle and drag it to your desired edge of the screen.

Page Buddy is another intuitive feature from Galaxy Note 2 that has been integrated in Android 4.1.2 update for the Galaxy S3. I think it is a very practical feature. When you detach the S Pen from Note 2, you can see a separate page popping to the front and added to your current homescreen numbers. On the Galaxy S3, the Page Buddy has three pages for different contexts: Earphone page, Docking page and Roaming Page.

In this way, when you plug an earphone into your phone, the Earphone page appears. The page shows the music and video player widgets with icons of the earphone relevant applications at the bottom. An icon that represents Page Buddy is added to right side of the homescreen page indicator. Yet another beautiful feature added from Note 2 to Galaxy S3 is multiple image-viewing modes. Having upgraded your phone to Android 4.1.2 official firmware, you can enhance the way you view the images in your phone Gallery. Now there are three viewing modes: Grid View, Timeline View, and Spiral View. You can switch between any of these modes anytime from the icon on the top bar. To set the quick settings buttons, open Settings> Display> Notification Panel and tap, hold and drag buttons to add, hide, or re-order them. A welcome feature!

This feature is not a major one but still it is a good one. Previously when you opened the File Manager app, you would see two paths, namely extSdCard (external)and sdcard0 (internal). After the latest Android 4.1.2 update you will see five options. You can directly see only the images, videos, music files, documents etc. But this features works only when you have stored relevant files in default folders. Now you need one more tap  to see the files on the SD Cards. The new File Manager lets  you select a file or files very easily to perform an action as now it features a check box before all icons and files.

To see a detailed analysis of the new My Files app and cool ways to customize it, read this tutorial. Capture a Screen shot while Playing a Video:

Want to capture the screen while playing a video on your Samsung Galaxy S3? Android 4.1.2 firmware update make it very easy. Just when you are watching a video and want to capture a particular scene, tap on the screen and you will see a screen-capture icon at the top semi-transparent bar and done! To know about all methods to take a screenshot on your Galaxy S3, read this tutorial.

Well, I do not remember if this feature was available in the previous Android 4.1.1 update or not 9may be I did not try) but with the 4.1.2 update you can customize the sequence and the app shortcuts to be shown on the lockscreen. Open Settings> Lockscreen> Lockscreen Options> Shortcuts, tap on the shortcut you want to replace and select another shortcut from the list that pops up. You can also configure the lockscreen to show the new Facebook Ticker feature.

Android 4.1.2 Jelly Bean update adds a handful of new apps to your Samsung Galaxy S3. To be accurate, there are four. If you are a music lover, the Music Hub app is an all in one station for you. It keeps track of all the music files stored on your device and features online music. You can download the latest tracks on free of paid basis. This service works only if this feature supports your country. Then we have the Video Hub app that is very much the same as the Music Hub app we saw above. There is another app that comes with this new update. It’s called Group Cast App and meant for sharing buddies. The app enable you to share your experience with another friend or group of friends in real time as you view documents and photos or listen to your favorite music. For this you and your friends need to be connected with the same WiFi network to share content. The Paper Artist is a funny creative app for those with an artistic bent. You can capture an image with the camera, edit it, experiment with various presets, and share them with your friends. This is the most burning concern for those who use a high-end phone like the Galaxy S3 with an extra-large display. While the battery-life on Galaxy S3 with Android 4.1.1 was found better than Android 4.0.4 version, I must admit despite all its goodness and awesome new features, the Android 4.1.2 update fails to our expectations of a still better battery performance. The battery-life with the new update is just okay. The performance however might differ from person to person as I used my phone with all battery eating features working in the background.

Among all good-good their lies one more issue with the intensity of sound output in Android 4.1.2 update for the Galaxy S3. Having upgraded to Android 4.1.1 from ICS, the device tones loudness were just fine, but after the current 4.1.2 update you will realize that the volume intensity in in-call state, ringtones, system tones and even music player seemed to me significantly lower than the previous versions of firmwares.

Check out this official video that reveals the features of Premium Suite Android 4.1.2 update for the Samsung Galaxy S3 (Part I and II:

So, this was a short review of the new features introduced to the Galaxy S3 by the official Android 4.1.2 firmware update. If you know about any other feature not mentioned here, please share with us.