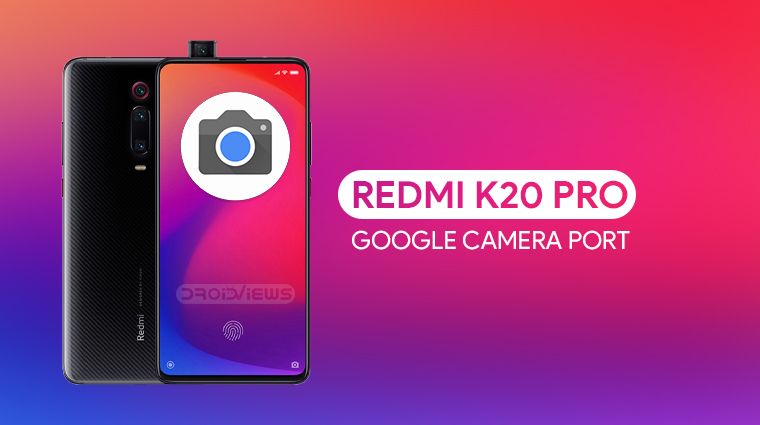 If you’re an Android enthusiast there is a good chance you want to try Google Camera on any phone you buy. Thanks to some hard-working developers like Arnova8G2, BSG, and Urnyx05 who have made it possible for users to want and expect a Google Camera port for their devices. For most devices, these ports bring about a significant camera improvement. The Redmi K20 Pro Google Camera port does as expected for the device too.

Where do those improvements come from? They come from the software processing built into the Google Camera app. If you’ve been following you have probably seen us cover so many Google Camera ports already. It doesn’t matter how great the default camera app on a phone is, Google Camera just seems to improve upon it in almost every case.

You have to remember though that Google Camera isn’t officially available for any non-Pixel devices. Ports can’t be as well polished and optimized for certain hardware as the default software provided by the manufacturer.

XDA member sannn111ty is actually the one who ported Google Camera for the device. All the main camera features such as HDR, RAW, ZSL, Flash, etc. are working. Other camera modes such as Portrait Mode (Front/Rear), Night Sight (Front/Rear), Super Res Zoom, AR Stickers, and Video Recording are also working just fine.

A couple of things don’t work, however. It is a port after all so a few bugs are expected. For now, slow motion video does not work. If you’re using HDR+, the Telephoto lens does not work either but it works if you turn off HDR+. The Google Pixel only has a single rear camera so the Google Camera was never designed to work with two camera sensors at once. Although developers have found hacks to get it working on some other devices, not yet on the Redmi K20 Pro.

For the uninitiated, HDR+ has been the secret sauce behind the stellar performance of the Google Camera on the Pixel. Night Sight is another new addition that helps users take amazing pictures in low light, without the flash.

Installation is straightforward and simple. You don’t need root or a custom recovery or Magisk. All you have to do is download the APK above and install it.