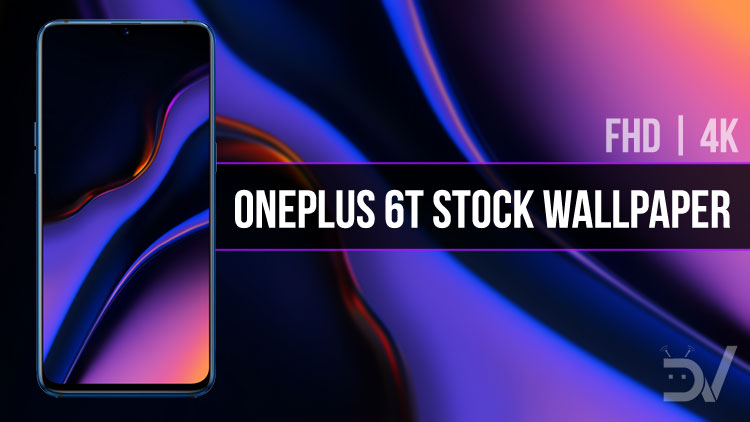 Today, we’re going to share the official OnePlus 6T stock wallpapers that will be coming with the yet to be announced and the heavily anticipated OnePlus 6T in Full HD+ and 4K resolution. Before we dive into the walls of the device, first, let’s check out the specifications of the OnePlus 6T. Here we go!

Hugley popular Chinese smartphone maker OnePlus is all set to debut a tweaked, enhanced and slightly upgraded Oneplus 6T flagship smartphone on 29 October 2018. The OnePlus 6T is expected to feature a largest on any OnePlus device to date 6.4in Full HD+ Optic AMOLED tall 19.5:9 display with a resolution of 1080 x 2280.  The display will feature the new water-drop styled notch.

The speed all you need will be handled by the mighty and powerful, the latest and greatest Snapdragon 845 Octa-core SoC(4 x 2.8 GHz Kryo 385 Gold & 4 x 1.7 GHz Kryo 385 Silver) coupled with an Adreno 630 GPU aided by 6GB (64GB variant) or 8GB of RAM(128/256GB variant) or likely only an 8GB/1288GB variant. No, you guessed it wrong, this time the company has decided to equip the OnePlus 6T with a MicroSD card for storage expansion. As expected the OnePlus 6T without a doubt will feature the ultra-fast OnePlus face unlock and a new in-display fingerprint scanner onboard.

We would like to remind clumsy users out there that this time the smartphone maker is expected to equip the OnePlus 6T with water resistance but disappointingly not any sort of IP rating. However, as OnePlus proudly claimed earlier with the OnePlus 6: “your OnePlus 6 is well-equipped to survive a drop in the sink or a spilled glass of water. Just don’t take it for a swim.” Based on the claim, we can safely assume that OnePlus 6T will be no less but much better at water resistance.

A large 3700 mAh battery will be onboard to provide enough juice to the OnePlus 6T and also the device will surely feature the ultra-powerful DASH charging meaning it comes bundled with a 20W (5v x 4A) DASH charger to top it up insanely fast.

Coming to the connectivity side of the OnePlus 6T, it has got you covered with WI-FI 802.11 a/b/g/n/ac, Bluetooth 5.0 with for support aptX & aptX HD, GPS and more. A USB Type-C port for charging is onboard as expected. Oh, and by the way, the device will NOT feature the good old headphone jack we all love, OnePlus has finally decided to axe the audio jack. The OnePlus 6T will run on OxygenOS based on stock Android 9.0 Pie out of the box featuring necessary customization wherever needed.

Pricing and paint jobs and finishes

You can pre-book the OnePlus 6T via Amazon India website. We will update the pricing and availability details as and when we get the appropriate information. As far as the paint jobs and finishes are concerned, it will be available in Midnight Black featuring a metal rear panel or Mirror Black featuring a glass rear panel.

Alright, let’s download the stock wallpaper that will be featured on the OnePlus 6T ultimate flagship smartphone. Download the ZIP via the Google Drive link given below or check out the gallery. The resolution of the wallpapers are 1080 x 2340 (Full HD), and 2160 x 4680 px (4K).