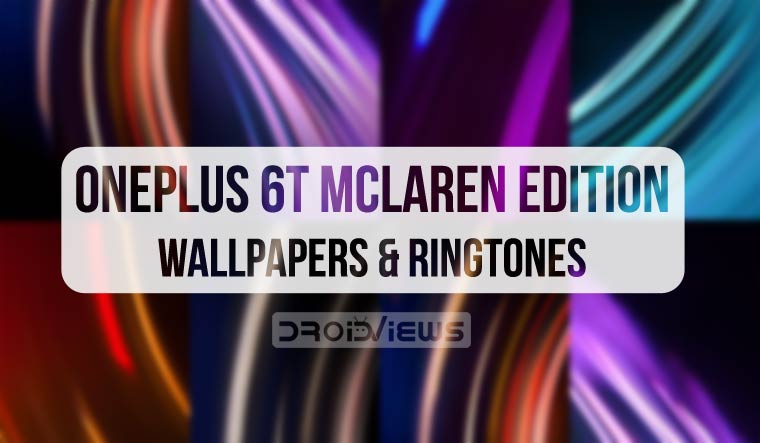 OnePlus has slowly and steadily made their space in the smartphone industry after the initial splash they made with the OnePlus One. OnePlus today, if you haven’t noticed the trend, isn’t the same brand. It’s no more focused on making the flagship features available at an affordable price.

Since we’re talking of OnePlus, the company has had a bit of a habit of announcing things in quick successions. This may be great from a business perspective since it keeps the company and its devices in limelight.

However, as a customer, it doesn’t feel that great when you buy a Mirror Black or Midnight Black OnePlus 6 as soon as it is launched. Because soon, OnePlus launches a red OnePlus 6 and you’re left wishing it was available earlier. The same happened with the OnePlus 6T when the company launched a new Thunder Purple color variant a month after the original OnePlus 6T color variants. A month later now there’s also a McLaren edition. Not that anyone who is conscious about money would want it anyway.

At least one doesn’t have to spend any extra cash to get all those new stock wallpapers the OnePlus 6T McLaren edition is loaded with. The device comes with a total of seven new wallpapers. All of these are quite dark-ish with a bit of color running around which makes them look really great on AMOLED displays. We’ve uploaded the wallpapers in JPEG format below for you to view and download.

These OnePlus 6T McLaren Edition wallpapers all in their full resolution of 2340 pixels by 1080 pixels. However, as you may or may not know, JPEGs do lose some image quality due to compression and processing. Most people will never notice a difference but if you do, you should download the entire pack from the download link provided below. It contains all the seven wallpapers in full-resolution PNG format.

Besides the official McLaren Edition stock wallpapers featured above, we also have the “Never Settle” versions of each of them. Please be informed that these wallpapers are not official. We have made them ourselves for those who love Never Settle wallpapers. Enjoy!

Having downloaded the OnePlus 6T McLaren Edition wallpapers, don’t miss the all-new ringtones. We’ve also got the default ringtones, notification and UI sounds from the device. The zip package below contains only the new OnePlus 6T McLaren Edition sounds and not the ones that have already been available on the OnePlus 6T. There are 2 new UI sounds, 2 new notification sounds and a new ringtone that you can find in the pack linked below.

How to use OnePlus 6T McLaren Sounds

Your Android device will have to be rooted to make use of the UI sounds but you can still use the Ringtones and notification sounds pretty easily. To do that, download and extract the zip file linked below. Once extracted, go to Settings > Sound and select Phone ringtone or Default notification sound whichever you wish to change. Choose your trusted file manager for picking the sound when the option comes up and then just navigate to the extracted folder and select a sound.

To use the UI sounds, as mentioned, your device will need to be rooted. If it is, copy the ui folder in from the zip file after extracting it. Navigate to /system/media/audio/ and paste the copied folder here. This is the default path for stock sounds on most Android devices but some OEMs like Huawei may change that on their devices. When asked, choose to Merge or Overwrite the folder. Also, make sure the permissions for the newly added files is the same as every other file inside the /system/media/audio/ui folder. We recommend using Solid Explorer File Manager because it maintains permission consistency when copying and pasting files to and from the root directories.