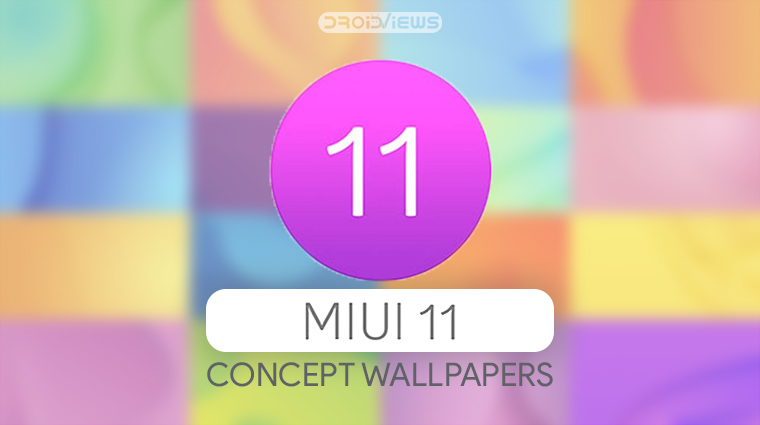 Android 10 is out now and manufacturers are getting ready to start building their own versions of it. This includes Xiaomi which is expected to announce MIUI 11, based on Android 10 sometime soon. As it turns out though, the company accidentally pushed the MIUI 11 update to a handful of devices. Thanks to that, we now have some information about MIUI 11. And we also have some MIUI 11 concept wallpapers to share, and there couldn’t be a better time.

We have a total of 16 MIUI 11 concept wallpapers available for download today. If the term concept wallpaper does not make it clear already, these are not the original stock MIUI 11 wallpapers that will ship with the MIUI 11 update. These are merely a concept, designed by a third-party not affiliated with Xiaomi in any way. Think of these like the various Windows or iPhone or Samsung Galaxy concept videos you may find on YouTube.

The wallpapers make use of curves, shadows, different shades of similar colors and even gradients. You can find designs in blue, green, orange, yellow, and many other different colors. For a visual demonstration, we’ve uploaded the wallpaper images below. These aren’t the actual wallpapers though but compressed versions of the original images. We’ve packed these in a single, easy-to-download zip file linked below.

If you decide you like what you see above and would like to have the original wallpapers in their original quality, download the MIUI 11 concept wallpapers zip file linked below.

Do not miss our huge Xiaomi stock wallpapers collections to download more wallpapers.

Generally, Android OEMs release updated versions of their skins with new versions of Android. Xiaomi has always had a very different approach. It’s new MIUI versions are based on not only the latest version of Android but also older versions running on some of their phones. This way, they still update the software on a device, without putting in the effort of porting a newer version of Android.

It’s great if you only value updates and newer features and if you either don’t care or aren’t aware of new Android versions. For instance, Xiaomi’s next MIUI version which is MIUI 11 will be based on Android 10. Many Xiaomi devices will get official and unofficial ports of the MIUI 11 ROM but not all of them will be based on Android 10. Only a few select devices from Xiaomi will be lucky to have Android 10. Although most MIUI 11 features might still get brought to devices running lower versions of Android.

Fortunately for us, Xiaomi pushed the MIUI 11 update to a few devices as mentioned before. These include the Mi Mix 2s and the Redmi K20 Pro so we know Android 10 and MIUI 11 are coming to these devices at least. A few users managed to install the accidental update too before Xiaomi could pull it back. 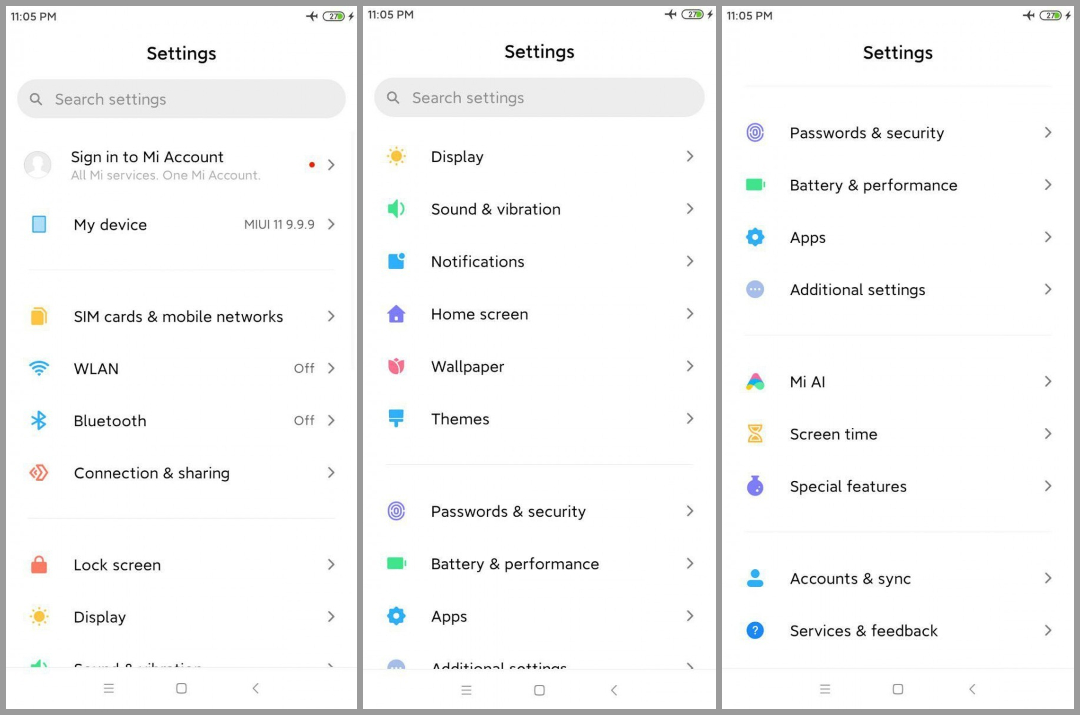 MIUI 11 will bring a new design and newer icons that not only look good but are also easier to work with. You can take a look at these new icons in the Settings app in the screenshots above. The icons are bright and colorful but there is no consistency in the icon shapes. This is quite unlike Android 10, and even iOS which MIUI borrows heavily from.

MIUI 11 follows the motto, “Empowering the productive” and as such there are a lot of empty white spaces. For those not familiar with design philosophies, empty white spaces are a good thing. They give the user the impression of more space, a more relaxed environment. This is why we see today all big names in software updating their products with more and more white interfaces. 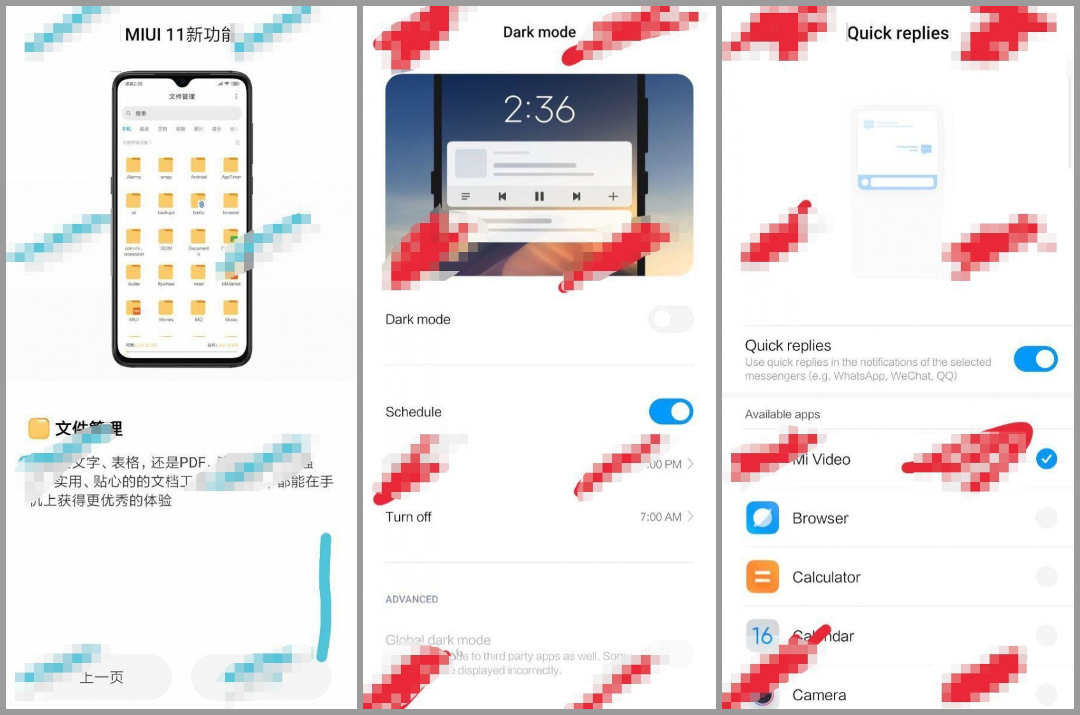 Along with that, there are also some new features such as a dark mode. MIUI 11 also brings the new cross-device file sharing implementation that Xiaomi, OPPO, and Vivo are collaborating on. There’s a new MIUI 11 Always on Display feature which changes the text color automatically over time. This can happen randomly from a Kaleidoscope style which has 5 different patterns that rotate each time the screen is turned on. There’s also the option to change the colors according to the time of day or your location.

We will know even more hopefully in the coming days but until then enjoy the beautiful MIUI 11 concept wallpapers!