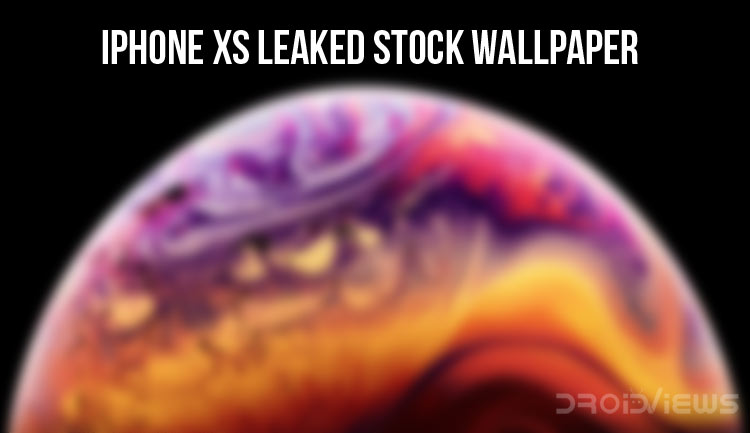 We got our hands on the iPhone XS leaked stock wallpapers in the original resolution. It’s that time of the year when all the smartphone manufacturers put out their best offerings for the year in time for the holiday season. One of them is Apple, and its rumored offering, the iPhone XS, has all but leaked on the internet. We have the leaked stock wallpapers from Apple’s yet-to-release flagship for the year 2018 for you to try out.

The next iteration of the hugely successful iPhone X, the iPhone XS, has been leaked in its entirety. It is rumored to rock Apple’s upcoming A12 SoC along with 3GB RAM to ensure fast performance and multitasking. It is expected to launch in 2 variants: the base variant with 128GB of storage and the higher spec with a whopping 512GB of storage. Its launch price for the base variant is expected to cross $1000. Considering Apple’s history of increasing the prices with every generation of the iPhone, that might actually be true.

The XS is expected to bring best-in-class rear cameras which will definitely improve upon the already great cameras of the X. It also is a chance for Apple to fix the garbage front camera they put on the previous generation. I really loved the display on the X and hope that Apple can at least give us that, if not improve it somehow. Overall, the XS looks like it is going to be a phone to be reckoned with.

The iPhone X claimed to have the best display ever on an iPhone. To showcase it, Apple bundled some really cool wallpapers. Since the XS is essentially an improvement over the X, it is bound to have a great display. So what we have here for you is the leaked stock wallpaper that is going to be shipped with the next iPhone. It’s a really beautiful image that is fit to be displayed on the best display ever on an iPhone. The resolution of the wallpaper is 1125 x 2436 px. 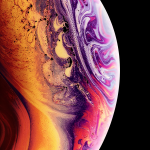