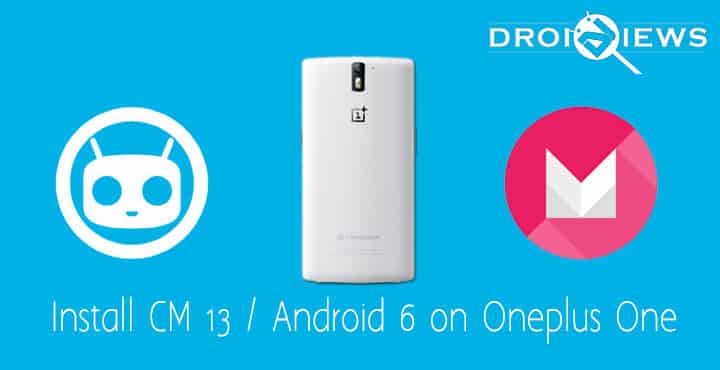 CM or CyanogenMod is the best custom ROM out there, at least for OnePlus. It was the official factory shipped ROM when the phone first starting rolling out. Although CM may not be the official ROM for OnePlus owing to differences in the two companies, CM still remains to be one of the smoothest, flexible and stable ROMs for the showstopper phone.  CM was the sole reason that the OnePlus One was ahead of it’s time in the Android league. The ROM may not exist for its successor phone, but CM kept its promise of support for the OnePlus One and has more than kept that promise.

So if you’re a OnePlus One user, it should be a matter of pride. The device is among the only non-Nexus devices to get Android 6 interface. Without further ado, let’s get right to it.

The device should start-up within 5-10 minutes and you should be on the all the Android Marshmallow.

That’s it. That’s about everything you need to know about CM 13 for the OnePlus.

Read Next How to Change MAC Address on Android Devices