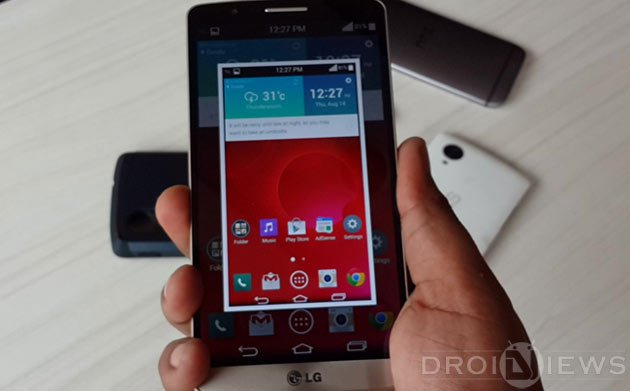 You must have seen people sharing screenshots of their phones and tablets on different social media and websites. There was a time when Android users had to install a separate screenshot app to capture the screen on their device. However, after the Jelly Bean upgrade, Android OS was gifted with screenshot feature natively which worked with a key combination.

You can take a screenshot on most Android devices by pressing the Power + Volume Down key combo simultaneously. Some devices support more than one method to capture the screen— the native Android method, and another method from the OEM.

If you own the all-new LG G3 and have been wondering how you can capture a screenshot on your phone, below you will find two ways to do that. Actually, taking screenshots on the LG G3 i as easy as pressing the physical keys or swiping your finger. And if you have upgraded from the previous generation of LG devices, you do not even need to read our tutorial. Usually, the key combo method on most Android devices involves using two hands to press the volume and power buttons. Because LG G2/G3 has those buttons in adjacent position on the back, you can take a screenshot by using single or two fingers.

How to Take Screenshot on LG G3

If you are not comfortable with using the Power and Volume Up key combination to take screenshot on LG G3, there is an alternate and rather easier method that lets you capture the desired screen with a finger swipe. Here’s how you can do it.

If you have a rooted LG G3, there is yet another method that lets you take a screenshot on your phone very easily.