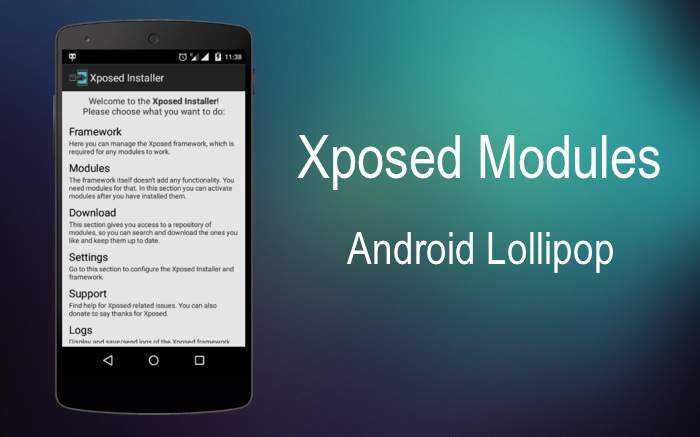 Xposed framework has finally made an appearance in the land of Lollipop just a couple of days back. After a long wait, Xposed developer rovo89 has finally extended the Xposed support to the Lollipop devices and we are sure it wasn’t a simple task for the developer. However, the update is still in the alpha stage and you can expect a lot of bugs. If you’ve not yet installed the Xposed framework on your Lollipop device, here’s a quick tutorial:

You can follow a list of working Xposed modules on Lollipop from the Google sheet created by amit3880 of XDA.

If you’ve found some new modules that are working on your Lollipop powered device, feel free to share it with us in the comments section below.