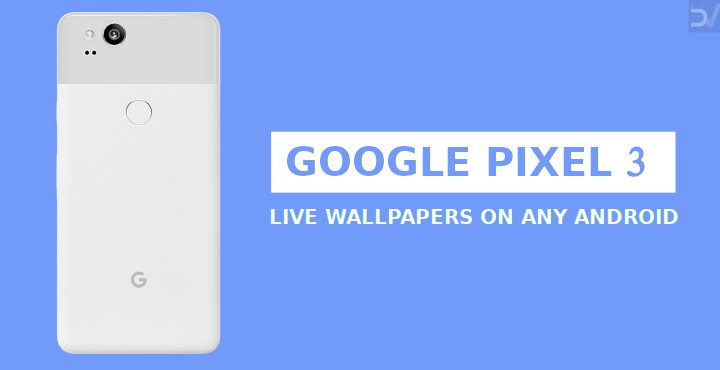 Google Pixel 3 is still weeks away from being launched officially, although we already know pretty much everything about it thanks to the numerous leaks. Luckily for us, the latest of these leaks was about the wallpapers from the Google Pixel 3, and those included a lot of new live wallpapers as well. The problem with live wallpapers is that they’re APK files which means they’re apps that need to be installed. Therefore, most users could not get to enjoy the new Pixel 2018 Live Wallpapers because the APK was meant to run on Android Pie. This called for a port of the Pixel 3 Live Wallpapers and port it got.

If you remember, previous Pixel live wallpapers from the original Pixel and then the Pixel 2 were also ported to other Android devices. The man behind those ports was XDA Recognized Contributor Pranav Pandey. It shouldn’t surprise many that he is the one to port the new Pixel 3 Live Wallpapers to other Android devices too. His port runs on Android 6.0 and above which means a majority of Android users can install and enjoy the live wallpapers as opposed to a select group of users who have the Android Pie updates.

These Live Wallpapers are more than just videos on loop and react to touch, movement, time of day, music playback, notifications, etc. While the developer mentions support for ARM64 devices (64-bit devices) only, the wallpapers may just also work on ARM devices (32-bit devices). So as long as your device fulfills that hardware requirement, you can enjoy these live wallpapers whether you’re on Android 6.0 Marshmallow, Android 7.0 Nougat, Android 7.1 Nougat, Android 8.0 Oreo, Android 8.1 Oreo or even Android 9.0 Pie.

There are a total of 28 Live Wallpapers divided into two categories: Living Universe and Come Alive.

Samsung, Xiaomi, Huawei, and other devices

For most devices, installing the Live Wallpapers would be enough. But for some such as Samsung, Xiaomi, etc., the Google Wallpapers app might be required in order to apply the wallpapers you’ve installed. You can download it for free from the Google Play Store using the link provided below.

The developer mentions he had to remove the WallpaperColors API in order to get the APK to work on older devices and Android versions since they don’t support the API. This means the SystemUI color will not change according to the live wallpaper. On the flip side, that already never worked on older Android versions. The audio visualization wallpapers, that is, wallpapers that react to music, will not work on Android versions below Android 7.1 Nougat. Therefore, you may not get them when you install the appropriate APK for your Android version.