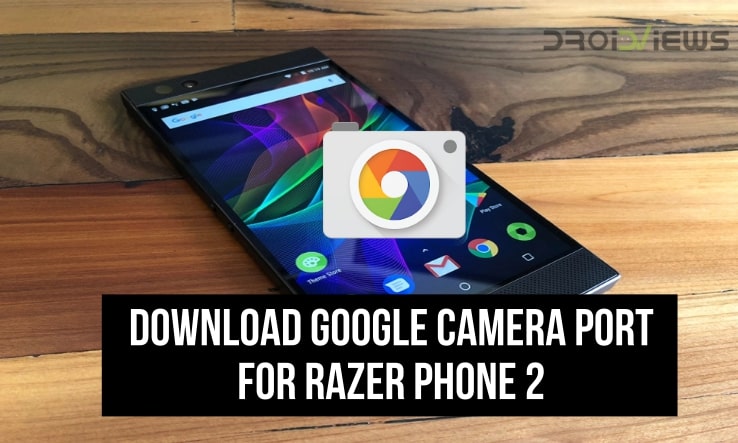 If you are using the Razer Phone 2 and are not very happy with the results of its stock camera, there’s good news for you. Reddit user u/cstow88 has shared his Google Camera Port for Razer Phone 2 that improves the camera picture quality significantly.

Razer Phone 2 is the latest entry in the smartphone market by Razer. This smartphone was launched as the successor to Razer Phone. Now, Razer is primarily a gaming-centric company known for PCs. However, the company announced a gaming phone last year. Surprisingly, the Razer Phone turned out to be quite a hit. Therefore, Razer announced its successor last month.

Recently, we have seen that the mediocre cameras on many devices have been rescued by software. This software is the Google Camera application found on the Google Pixel devices. Android developers have started to port this app to various devices and the results are unbelievable. We saw that the Google Camera port is now available for the OnePlus 6 which brings new life to its camera. Similarly, we now have a Google Camera port for the Razer Phone 2 also.

Now, one of the Razer Phone 2 users on Reddit namely u/cstow88 published some sample shots from the Stock Razer Camera and the Google Camera mod. We have attached a few sample shots in the Gallery below. It is quite visible that the camera quality is much better than before.

After seeing the camera results, you must be wanting to install this port on your Razer Phone 2 as soon as possible. Therefore, all you have to do is download the APK file attached in the Downloads section below and install it on your device. After that, you can start clicking photos on your smartphone and see the difference for yourself. Moreover, we should also be thankful to B-S-G who is responsible for porting the Google Camera app.

Read next: Calibrate Battery on Android Devices to Get Better Performance