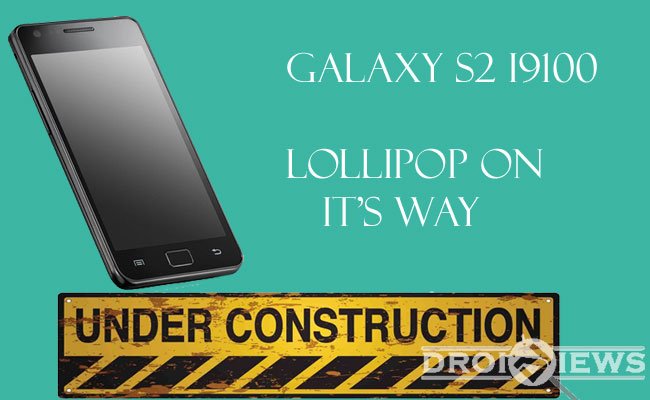 LollipopS2 team has released a Beta Rom and from their name, you can easily guess the device that will benefit from their hard work. That’s right Galaxy S2 users, for those of you who have been wondering how long it would take, or if indeed it would ever happen, we can confirm that it seems Lollipop will be arriving on your device after all. While it still in a very early development stage the Beta Rom has sparked great enthusiasm from the community.

CodeRom by LollipopS2 team is a work in progress and still very far from being completed. The developers state that they have only managed to get the Rom to show the Boot Animation but no further than that. This means that there is still a large amount of developing, coding and headaches that Team LollipopS2 will have to get through. CodeROM is a port that was obtained from an AT&T s2 AOSP Rom, which is also in beta, and ported to the I9100.

LollipopS2 have also reached out to their community for help from anyone able to provide assistance in compiling the Rom and getting it to a working state. They believe their current issue lies in the kernel and are currently working on sorting that out. It may be a while before we see any major breakthroughs due to the very recent release of Lollipop and the lack of support this device may experience due to its age. However, the fact that we are seeing developers already making an effort is defiantly reassuring and S2 owners will have to keep their fingers crossed as team LollipopS2 continue their development of CodeRom.

For those of you who are already too eager to wait you can find the Beta version of CodeRom on XDA forum. To whet your appetite you could flash the ROM and see the progress that LollipopS2 have made thus far, and for those of you that are more advanced and understand the more complex things like compiling kernels, take a peek under the hood and maybe you’ll be the one to discover what’s holding this Rom back from your Galaxy s2. Keep an eye on this development if you’re an S2 owner as LollipopS2 may be the first to bring you a fully working Lollipop experience.

Let us know what you think of this development in the comments below and remember to check out the Lollipop Gapps.