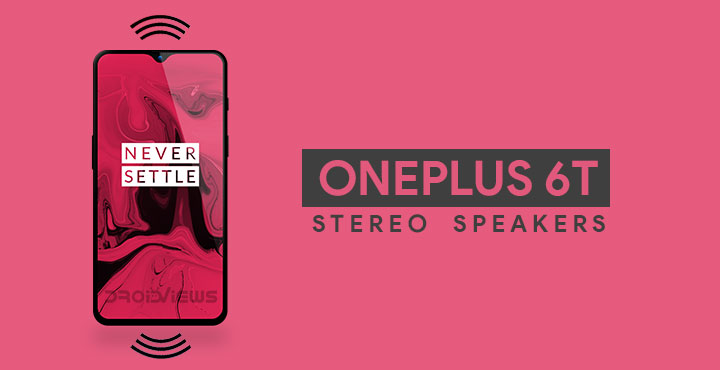 Dual stereo speakers have been a thing since HTC first brought it. Motorola first popularized it among the budget smartphones with the Moto G2. Since then Motorola’s dominance in the budget segment was replaced by Xiaomi’s and they weren’t big on dual speakers. Then Apple finally jumped on-board and dual stereo speakers became a thing again at least among the flagships. That has been the case for around 2 years and more now. And yet, every OnePlus flagship has continued to come out with a single bottom-facing speaker. OnePlus 5, OnePlus 5T, OnePlus 6 and now the OnePlus 6T. They even removed the headphone jack and yet couldn’t find the space for another speaker. Fortunately, the strong developer community support for these devices has ensured that you can enable dual stereo speakers manually.

The trick is to use the earpiece as a secondary speaker. The earpiece, of course, is not nearly as loud or as great sounding like an actual speaker. It wasn’t meant to be used as a speaker after all. If you were to manually increase its sound output beyond the point that the hardware can handle with ease, you may even end up damaging your earpiece. This is a concern many people express when considering such mods.

Like all the other stereo mods for the previous OnePlus devices such as the OnePlus 6 or OnePlus 5/5T, acervenky‘s mod for the OnePlus 6T is also a Magisk Mod. This means your OnePlus 6T will have to be rooted via Magisk.

Note – The default volume levels that this mod sets for the earpiece are safe and should not harm it. Still, neither us nor the developer can guarantee that. This is a risky step and you’re the one responsible if you do decide to take it.

How to Enable Stereo Speakers on OnePlus 6