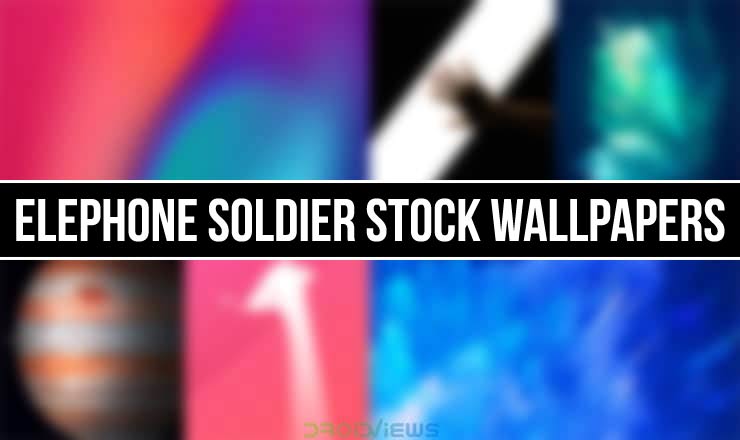 The Elephone Soldier is another Android device but not just another Android device. The main draw of the device is in the Soldier part of its name and not the Elephone branding. It’s built to be tough and the company has made sure it looks so too. Apart from the rugged features, it also comes with some brand new stock wallpapers. As always, we’ve got those for you to download from the link provided below. 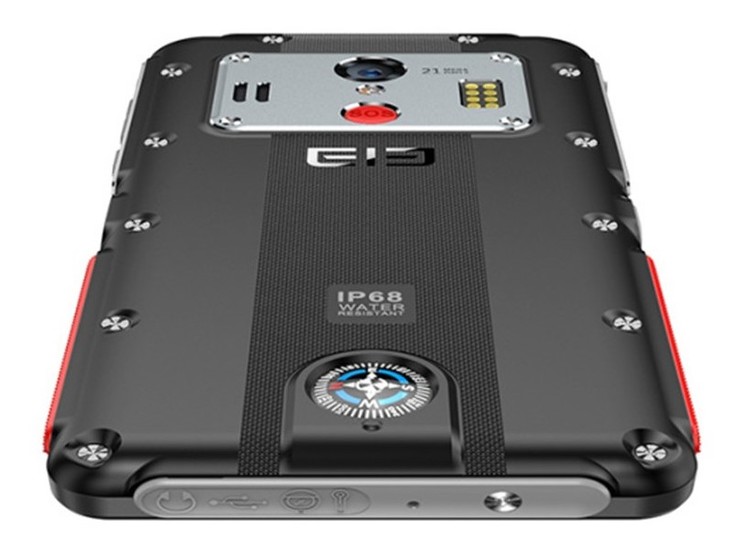 As mentioned, the phone is built to be tough and looks exactly like it. Most people wouldn’t look at it and call it beautiful. In fact, it seems the company has gone out of its way to ensure that everyone sees it as the ugly but strong beast. Why else would a smartphone require 12 huge screws on the backplate? Since the phone is designed for rough use, it’s certified IP68 dust and water resistant too.

The back of the device is made of Thermoplastic Polyurethane with a metallic chassis around it. There’s also a metallic plate around the camera which is put in place by four more screws. That brings the total number to 16. The metal housing also contains an emergency light, with several LEDs, unlike most smartphones that have either a single or dual LED flash. It does have a single LED flash under the camera sensor too for normal use.

There’s also an SOS Emergency button in the metal casing where usually you’d find a fingerprint scanner on other Android smartphones. At the bottom is a physical compass in case the phone’s battery dies while you’re lost in the Tundra. At this point, it only lacks a built-in Swiss Army Knife. It weighs 251 g (8.85 oz) which isn’t light but it’s also not heavy, perhaps somewhere in between. The device has a smaller footprint compared to similar devices which makes it less clunky.

The Elephone Soldier’s USP is its rugged design but the device does not skimp on the internal hardware either. It’s priced at 250 Euros so we can’t expect it to pack in a Snapdragon 845. What it does pack in is a MediaTek Helio X25 MT6797T deca-core, 64-bit Processor. For the price, it’s more than enough compared to other smartphones available at the same price. The SoC also contains the ARM Mali-T880 MP4 GPU paired with 4GB of RAM and 128 GB eMMC Flash storage. Out of the 128GB, the user available space is 118GB.

On the front is a regular 5.55 inch, 16:9 PIS LCD display with no notch and thick bezels. It has a resolution of 2560 pixels by 1440 pixels which results in a pixel per inch count of 534. That’s quite impressive considering you don’t get such a high-res display even on devices that cost more than twice as much. The phone is powered by a massive 5000mAh battery which makes sense given this is a phone that’s supposed to help you outdoors.

There are only two cameras on the phone as used to be the case pre-2017. The front camera is a 16 MP selfie shooter whereas the rear camera is a 21 MP sensor with an f/2.2 aperture. The megapixel count is certainly impressive but that does not translate to actual performance in the real world.

In terms of software, the device runs Android 8.0 Oreo out of the box with a security patch dated August 2018. Elephone has left the stock Android experience largely intact adding just a few of their own app icons and an OutdoorTool app. The OutdoorTool app is the one app that allows you to use the special Elephone Soldier hardware features such as the emergency light at the back.