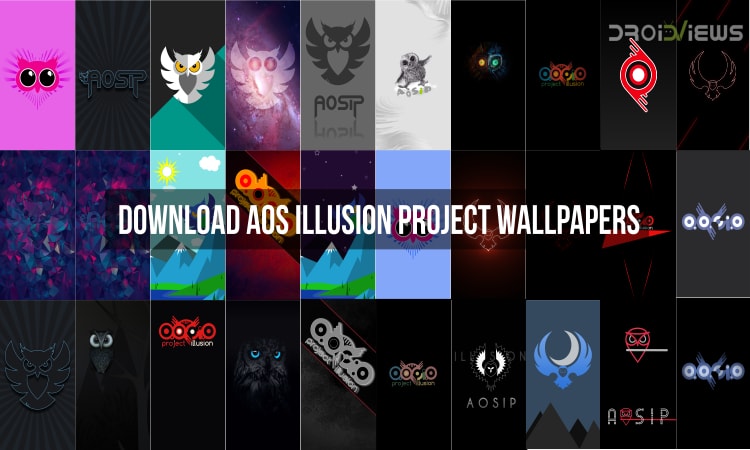 Android Open Source illusion Project, also known as AOSiP, was started a few years back to bring stock Android to non-stock Android devices. As far as the project is concerned, it brings Google AOSP to each and every device. Currently, the project has been available for most of the Nexus devices. Download 38 AOSiP ROM wallpapers in Full HD quality from below.

As far as AOSiP is concerned, the main idea behind the project is quality and stability. It brings the Stock Android experience from Google Pixel and Nexus devices to many other devices around the world. The first version of AOSiP was based on Android 6.0.1 Marshmallow. Ever since then, the AOS Illusion Project has been released for every new version of Android.

Also, it is known that the AOSiP ROMs have now been released for various new and old devices. The AOSiP ROM was also based on the CMTE or CM Theme Engine as with every other Custom ROM. However, it is known that the CyanogenMod project has been abandoned. Therefore, AOSiP is now based on LineageOS which is the successor to CyanogenMod. The developers of the ROM claim that it’s feature-packed and stable.

AOSiP stands for Android Open Source illusion Project. We are an AOSP based custom ROM, twisted with the latest features from all over the Android development community. Quality and stability is our first priority as we are dedicated to bringing you the best Android has to offer.

AOS illusion Project is comparatively a new custom ROM that has been around for a long time. It’s currently available for just 5 devices and all of them are Nexuses like the Nexus 4, 5, 6, and 7. While checking around the official AOSiP website, we stumbled upon a bunch of wallpapers shared by the developers and thought we should share it. As you can see, the number of wallpapers shared on DroidViews are much more than what you find on the official website. Actually, we went ahead and checked their Google+ page where we found more wallpapers created by the AOSiP fans.

Thus, we have collected wallpapers and you can download them all from below. Now, these wallpapers in this pack are available in HD resolution at the moment. However, the wallpapers are optimized for Full HD and Quad HD smartphones as well. The resolution of wallpapers from the below-attached pack is 720 x 1280 and 1080 x 2160 pixels. The aspect ratio of these wallpapers is the regular 16:9 and 18:9.

Must Read Malware on Android - Everything You Need to Know