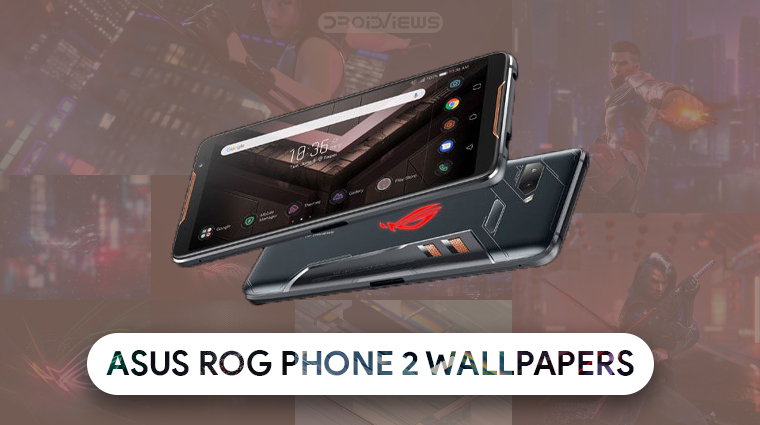 The Asus ROG Phone 2 will cost 900 Euro which is equivalent to about a thousand dollars. It’s definitely pushing the boundary here. But what do you get for that much money?

The Asus ROG Phone 2 opts for an all-glass build finally giving it to the market trend of shiny glass phones. The back of the device is much cleaner as well with fewer accents. The ventilator grill actually allows ventilation this time around instead of being a showpiece. The LED-lit ROG logo is still on the back and it can be customized to change colors using an app on the phone.

The device has a horizontally aligned dual-camera setup not very different from the original ROG Phone. There’s also dual-LED flash right next to the camera module. There’s no fingerprint scanner on the back as Asus has opted for an in-display fingerprint scanner this time. The bezels on the front are much smaller but still there. Asus says the bezels are necessary to provide a better grip while playing but I’ve never had a problem with the grip playing games on  OnePlus 7 Pro.

The bezels are also home to a front-facing dual stereo speaker setup.

As you’d expect from a gaming smartphone, the ROG Phone features top of the line specs with a Snapdragon 855 plus. For those not in the loop, Snapdragon 855 plus is a tweaked version of the Snapdragon 855 which should, in theory, provide better gaming performance. Any difference in real-life experience may not be as noticeable though as the marketing materials would suggest.

It has a full HD+ 120Hz AMOLED display with a resolution of 1080 x 2340 px. The refresh rate is higher than last year’s model which had a 90Hz screen. In any case, most Android games don’t make use of anything above 60Hz so that may not really make much difference when it comes to gaming. Unless you’re playing games that do support higher refresh rates.

That can also be said about HDR Playback which is good for videos but doesn’t affect gaming much. The ROG phone does support it anyways. The 8GB of RAM on the previous model has now been increased to 12GB with the ROG Phone 2. It is more than enough for any games you throw at it and a bit of an overkill but that’s where we are now with the RAM situation. Similarly, there’s an increase in the inbuilt storage space of from 128GB to 256GB on the base model. There’s also a variant with 512GB of space.

The phone has an extra-large 6000mAh battery which is pretty impressive. Even considering the thickness of the phone, the fact that Asus managed to do it is impressive. It’s the largest battery on a mainstream smartphone that we’ve seen. It does support fast charging at 30W (Quick charge 4.0) with an ability for reverse charging at 10W as well.

While Asus has improved the camera specifications by a big margin both on the front and the back, you can expect the camera to still fall short compared to similarly priced phones. Even $400 phone like the Pixel 3a would easily be able to beat the Asus ROG Phone 2 camera but the camera is not why you’re buying it if you are.

The full-sized Asus ROG Phone 2 wallpapers can be downloaded at once using the link downloaded below.