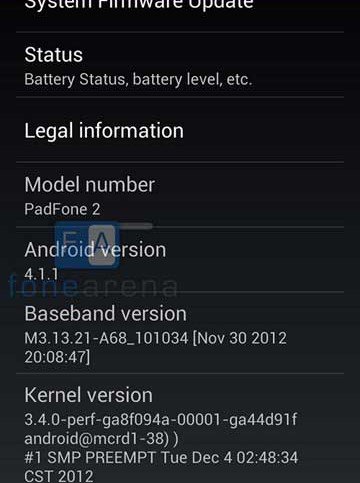 Asus Padfone 2 which has been in news due to its interesting concept, is finally receiving Android 4.1 Jelly Bean Over-the-Air update. The Padphone 2, which was launched back in October, and is available only in select countries including Singapore and Taiwan right now, with Android 4.0.4 Ice Cream Sandwich out of the box. It has now got its due. The phone’s interface is still skinned in purple and it now adds all the the goodness of Jelly Bean including Google Now, enhanced notifications and Project Butter. After the update your Padfone 2’s build number will change to JRO03L 10.4.5.33-0. FoneArena reports that the OTA is currently available in select Asian countries only.