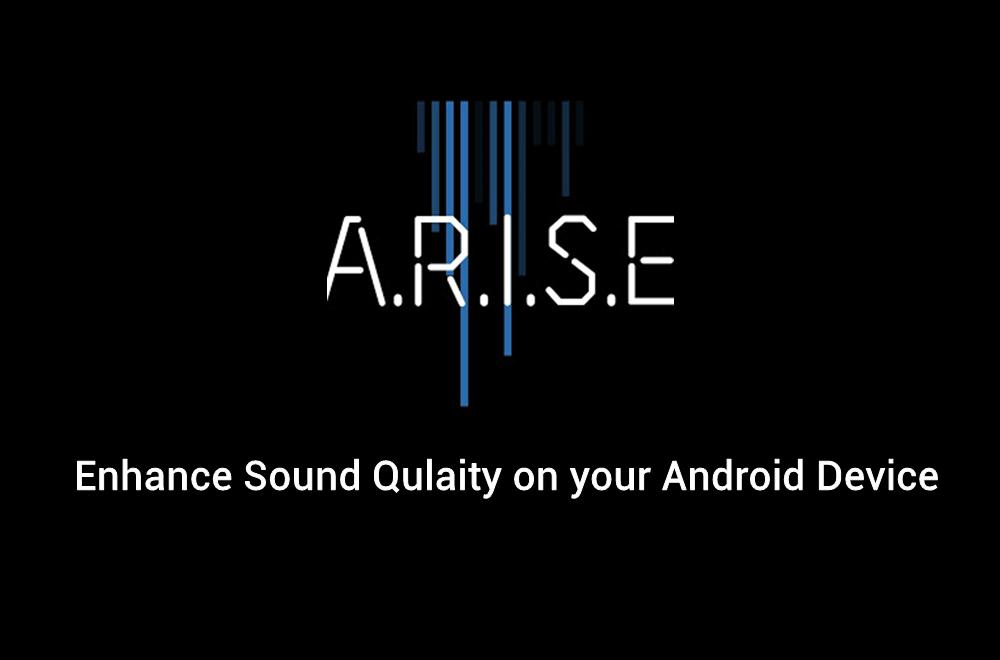 If you’re a rooted Android device user, you might have tried many sound mods to enhance the sound quality on your device. There are many popular mods like Viper4Android, Surround sound mod, Dolby digital, Beats etc… Sound quality on Android devices is always been sub-par and these mods get the best of them. The modified software libraries in the module enhance the sound quality with controlled audio properties. If you’re confused on which sound mod to pick, we have the best one for you. ARISE sound mod is the best thing we’ve come across so far.

ARISE sound mod (A.R.I.S.E) stands for Auditory Research in Sound Enhancements. It’s a composite sound mod which brings together some popular sound mods like Viper4Android, Dolby Atmos, eXtremeBeats, Harman & Kardon sound effects, and libraries from a lot of other audio enhancement mods. It also brings sound libraries from popular music players like Neutron music player, Sony Music DSP, and USB Audio player. Unlike other sound mods, ARISE sound mod doesn’t require complex configuration or controls. Once you install the ARISE sound mod, it installs the sound effects in your system. Few icons like Viper4Android and Dolby Atmos will appear in your app drawer and the rest won’t appear.

How to install ARISE Sound Mod on Android phones

That’s it. Play some music on your device after the reboot and you’ll notice a significant improvement in the sound quality. If you’re interested in more sound enhancements, you can refer to the ARISE XDA page.