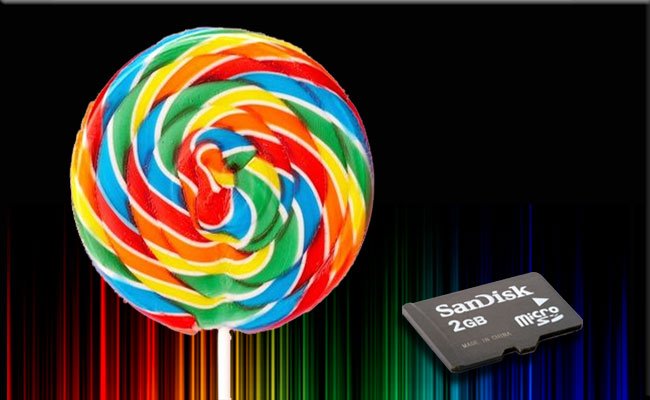 With the latest Android 5.0 Lollipop beginning its roll out across the world, the hype is building and anticipation for Android owners is mounting as manufacturers announce which devices will get the update officially, while others will have to opt for Custom ROMs to enjoy the Lollipop experience.

This latest update to the OS brings in a plethora of changes in an attempt to continue improving the experience of its massive user base. With it, there is one element that has received a major rework namely the SD card’s functionality. With KitKat, Google introduced APIs that allow applications to read and write files in app-specific directories for secondary storage devices such as SD cards. This was intended as a security feature that doubled up as a limitation to prevent apps from making a mess out of structured folder trees.

Google has heard the cry for more freedom from developers and has created a new intent for third-party apps to have full access to storage such as SD cards.

“In Lollipop we added the new ACTION_OPEN_DOCUMENT_TREE intent. Apps can launch this intent to pick and return a directory from any supported DocumentProvider, including any of the shared storage supported by the device”.

All in all this can lead to apps being able to create, modify, and remove files and folders from anywhere without further interactions from the user.

How is this of any significance to us? Well, it could allow for a much more organised and simpler folder tree by allowing apps access to store files in shared locations instead of their own separate app folders. Pictures for example can all be stored in a “My Pictures” folder on the root of your SD card, regardless of whether they were saved by your camera app, a photo editing tool, or received via social media, Bluetooth or other communications. This would then let you conveniently view all your pictures in one directory with much less fuss than moving between several directories.

App developers will need to declare this in the permissions required when app installation begins and no further consent from the user will be necessary to allow these new permissions. However as Android Lollipop is still in its very early stages it might be a while before we get to see these benefits or exactly how well they will actually work when developers start to work with them.