If any of you had a camera before the digital ones came around you may have noticed the not so subtle time stamp on the pictures it took. This was even true for video cameras and it did help people know exactly when a picture was taken. Digital cameras store that information and a lot more as EXIF data on the image file. Therefore, the timestamp on the photos slowly disappeared and not many really miss it. Although, some do miss it and while EXIF data is easy to access, it’s still not as easy as reading it off a timestamp in the corner.

Smartphones these days are the go-to digital cameras for most people and they’ve come a long way in terms of the camera quality. More than the hardware, smartphone photography depends on software and image processing. This software magic has allowed the tiny sensors on phones to create artificial bokeh effects, detect suitable camera settings automatically based on the lighting and the subject, and even add watermarks in some cases. However, most phones don’t provide the users with an option to add a timestamp to the captured photos.

Use Camera Apps to Capture Photos with a Timestamp

If you do want to do that, there are only a couple of options that you have. You can edit a photo after taking it and add a time and date to it manually which is as impractical as it sounds. The other option, much easier, is to download a third-party app that does it for you. Even with the apps, you have a couple of options. You could either have the timestamp added right away as you take the picture, or you could manually select pictures from your gallery and let the app timestamp the selected pictures, by reading their EXIF data. 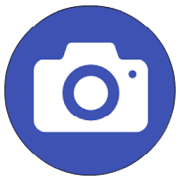 As the name suggests, PhotoStamp Camera is a third-party camera app which means it has its own camera interface around the viewfinder that you can use to capture photos which will have a timestamp on them. The timestamp feature is already enabled by default and you can also change things about it. To do that just tap on the Settings icon in the top-right. Here you can change the Date Format, Font Size, Font Format, Adjust Stamp Position and change the Stamp Color.

There are also other stamps that you can add instead of the timestamp such as a custom signature, location data, etc. If you want to add a timestamp, or any other stamps to a photo you’ve already taken, you can do that too by going into the gallery which is visible to the left of the camera shutter. Just tap on the stamp icon at the top when you find a picture you want to stamp.

Must Read: How to Turn Camera Pictures into a Movie on Android

The next couple of apps don’t have a camera interface of their own. Instead, they allow you to use your favorite camera app to take pictures and add time stamps later. The process can also be automated for every photo you take. It is almost as good, if not better than switching to a different camera app. 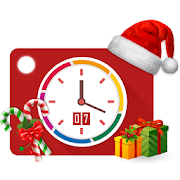 Auto Stamper is a free app that does what it says but it’s a little aggressive with the ads. It’s a good thing that it automatically adds timestamps to your photos so you don’t have to use it often. Once you grant necessary permissions, the AutoStamper ON toggle is already turned on. Date & Time are the default selection as well for the stamp so you’re good to go. If you do need to change to a location stamp, signature or logo you can do that. Settings can be accessed from the side menu drawer by swiping from the left edge of the screen or tapping the menu button in the top-left.

The free version of the app lets you change the Date Format and Font Size in settings. For more options, you’ll need to buy the app. Whenever you take a new picture from any camera app, Auto Stamper will detect the new photo and within a few seconds, you should see a toast message indicated that your selected stamp has been added. 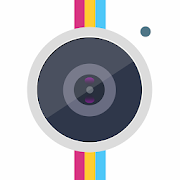 This is a paid app but you do get enough features for the minimal price you pay for it. It’s a much more polished app which not only lets you add a timestamp but also any custom text you want to your pictures. Exactly when you open the app it offers you a ton of styles to choose from. Once you do, you can adjust the position of the timestamp, its color, the font style, font size, add text below it, etc. If you’d rather have the app add timestamps to every picture you take automatically, it can do that as well. All you need to do is access the settings from the side menu drawer.

In the Settings, turn on the toggle for Auto apply Timestamp on a new photo. Below that you can choose to show text below the timestamp, a date format, etc. You can also Add watermark to multiple images from your gallery at once. Since this is an app dedicated only to Timestamps, it doesn’t allow you to add other kinds of stamps.