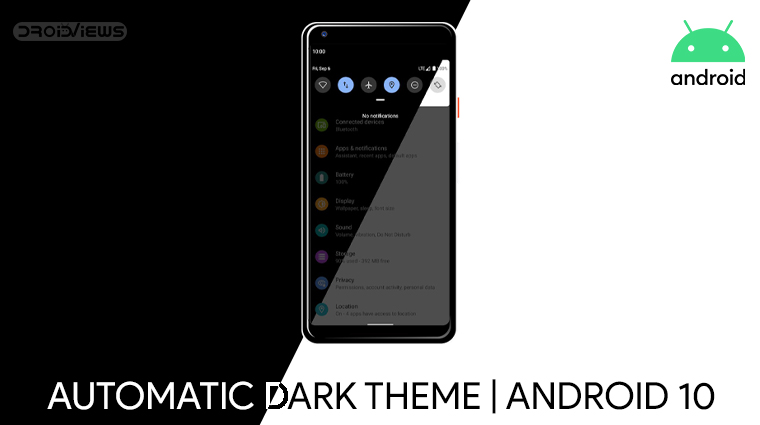 Black themes are believed to save battery on smartphones with AMOLED displays. Android 10 introduces dark mode but it needs to be manually turned on or off. In this post, we discuss a new app called Automatic Dark Theme which lets users set an automatic dark theme on Android 10 based on time. Dark mode or night theme has become the rage of the day. We recently covered an article listing the best dark themes for Samsung devices running One UI.

Unlike Android 10, iOS 13 can automatically set light and dark themes based on the time of the day. Now, this is not bashing on Android, I’m a fan. But at times it just goes on to show how Google struggles to implement even good ideas while Apple usually nails them in the first attempt. It can get frustrating as an Android user. Thanks to the great third-party developer support though, you can now set automatic light and dark themes on Android 10 as well. 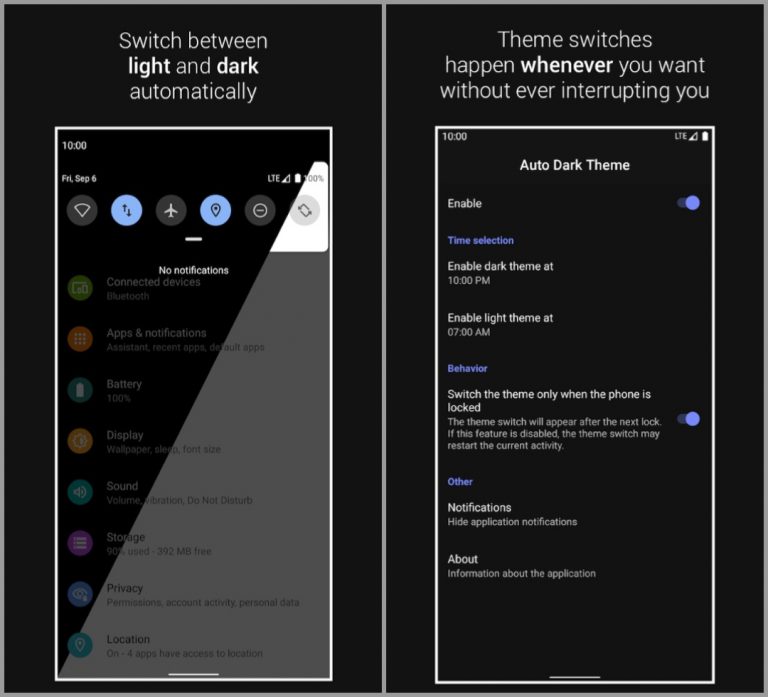 Automatic Dark Theme works pretty much as advertised on any Google Pixel smartphone running Android 10 as well as Essential Phone since, essentially, it is stock Android. The app is also available in beta for the Huawei P30 Pro, the Xiaomi Mi 9, the Redmi K20 Pro (“stable beta”). Several custom ROMs are also supported since they’re all mostly based on AOSP. On OnePlus devices running Oxygen OS, most things that change according to Android 10’s dark theme toggle do work. However, this list of things excludes anything by OnePlus and that includes all the stock apps like Phone, Contacts, Messages, Settings, etc.

It’s a simple app which makes some system-level changes. Therefore, it requires special permission known as WRITE_SECURE_SETTINGS. Plenty of Android customization apps have required this particular permission in the past so this is not new. The only thing is, this permission is not as easy to grant as turning on a toggle in the Settings, although it’s not difficult to grant either. Just mildly inconvenient if anything.

In order to grant the required permission, you’ll have to first enable USB debugging on your device, found in Developer options.

Now that your device is ready to receive ADB commands, you’ll need ADB.

There’s also the toggle to Switch the theme only when the phone is locked. This seems like a subtle option to include but it’s not. The system switching to a dark theme while you’re using an app would result in the app crashing or restarting. Certainly not great for the user experience. The app gets around this by simply doing it while the device is locked, i.e., not in use. Google’s method was to retract the feature altogether after testing it in beta.