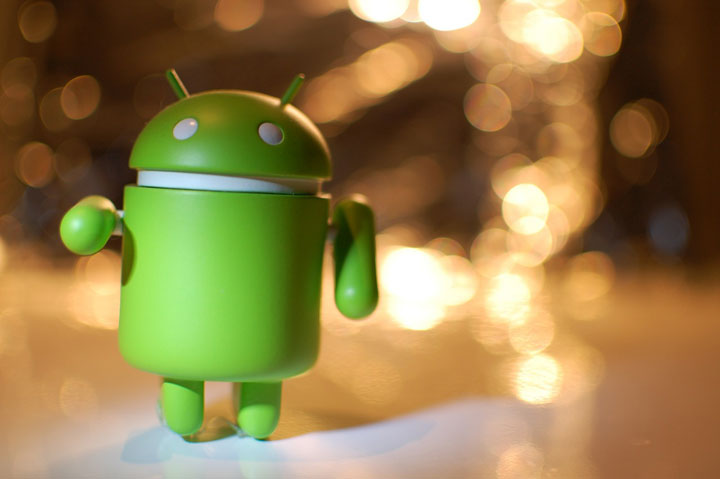 Rooting your device is a difficult task and has its own dangers. It requires multiple steps to be performed and each step involves a certain amount of risk that could easily make your phone non-functional or dysfunctional. That’s why it is said that rooting is not for everyone. Although the rooting process has become a lot simpler today as compared to the old days, it’s still a bit risky. From unlocking the bootloader to flashing SuperSU, the risk of bricking your phone is everywhere.

If you have managed to successfully root your device but don’t want to go a step further and flash a custom ROM just because you are afraid you’ll brick your device in the process (I don’t know why you should be afraid anymore as you’ve already rooted your device; the hard part is already over) or simply because no custom ROM is available for you device (this one is more likely), here are 5 safe things to do after rooting your Android without any risk.

1. Get Rid Of Bloatware 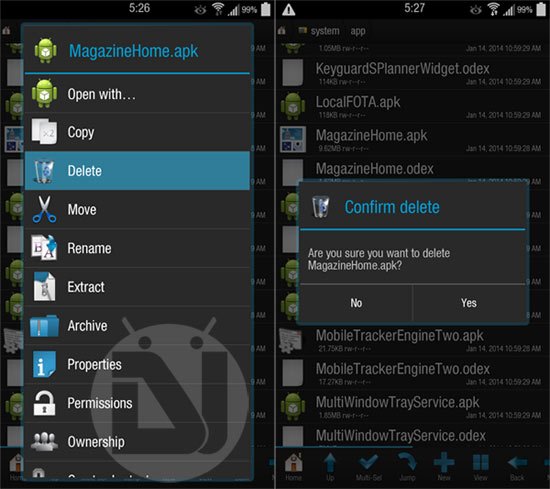 If your phone is not running stock Android, chances are it has bloatware installed. So, what’s bloatware? A majority of phones come with a bunch of apps installed by the manufacturer which, quite frankly, you will never use. For example – some manufacturers add multiple calendar apps, gallery apps, carrier related apps, etc. These are the apps that you’ll hardly use, but you cannot uninstall them from your phone unless you are rooted. These apps are called bloatware.

My favorite (and free) app to remove such unwanted software is System App Remover by Jumobile. It won’t work if your device is not rooted. By using this app you can uninstall these bloatwares, but be careful which app you remove. If you uninstall an app which is essential for the functioning of the device, your phone may start behaving weird. In case you remove something that you would want back, the app makes a backup automatically at the time of uninstalling. 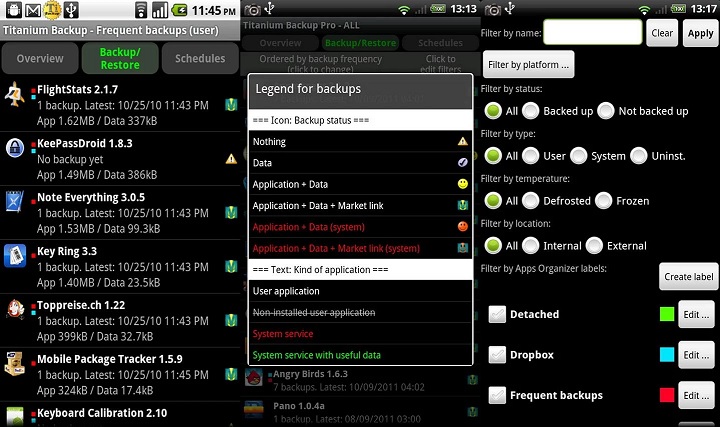 Keeping a backup of everything on your device is a good move if you constantly tinker with it on a system level. Whether rooted or not, make it a habit to periodically backup your device. After rooting, you can make a total backup, including the system, of your device, which is not possible on a non-rotted phone. The best app to make a system wide backup is Titanium backup. It can keep all your data safe, including installed applications, system apps, and whatever you have stored on your microSD card.

Another way to make a system wide backup is to use the recovery mode. I’ll be giving instructions for making a backup using TWRP as that’s the one I am using. To make a backup using TWRP, turn off your phone and press power button and volume down button simultaneously (the process may vary from device to device). Now get a bunch of options, use the volume button to navigate through them. Press the power button once you see the option for Recovery mode, you’ll enter TWRP.

Again, you’ll get a number of options, tap on Backup. Next, select all the partitions of which you want to make a backup (select everything), and swipe the slider to start the backing up process. Reboot, once the backup is complete. TWRP only makes the backup of the system, not the microSD card. The backed up data will be stored on the microSD card, unless a different storage is selected. 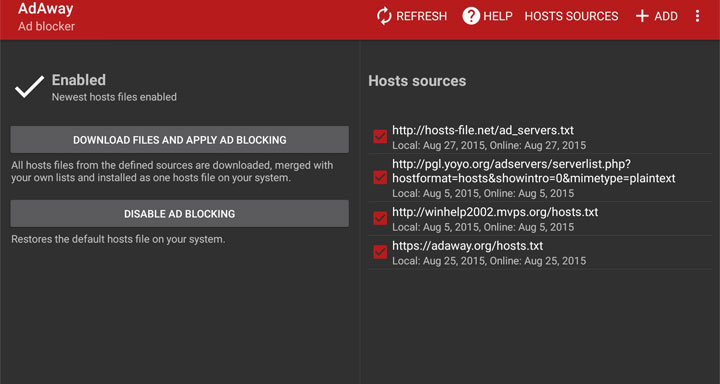 Ads on Android are pesky things. On one side they finance the development of the apps you are using and on the other side they clutter content and eat up your phone’s battery. Personally speaking, I am not using an ad blocker as I see it as a way of giving back to the hardworking developers. However, if you want to block ads, there are a bunch of ways.

Although rooting your device is not entirely necessary to block ads, having a rooted phone ensures deep and system wide ad blocking. That’s why I recommend you to have root access to make the most of the ad blocking apps.

The best ad blocking app for rooted devices is AdAway. AdAway uses hosts file to redirect connections to certain ad services to your local device. As a result, ads are not shown on any app or game and even on websites. It lets you whitelist and blacklist domains and IPs – so that you can keep ads on the apps and websites that you think deserve to show ads. Setting up AdAway is a one-time process unless you need to update the hosts file.

AdAway is not available in the Google play store as it violates Google’s policy (obviously). Here’s the link to download AdAway. 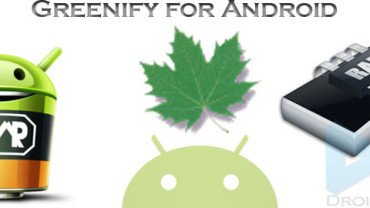 Battery life is a big concern for a majority of Android users. If you’ve got a rooted device, you can squeeze out a bit more power than a regular device. There are a lot of things you can do to improve battery life. For example, you could underclock your device to reduce clock speed. If you don’t use powerful apps to play high-end games you could set the maximum clock speed to be a little lower than it is by default. You probably won’t notice the difference in performance and may get a few minutes longer from your battery.

Another trick is to use a combination of apps like Greenify and Amplify. While Greenify helps prevent unnecessary apps from running in the background, Amplify prevents apps from needlessly waking up your device i.e. prevents wake locks.

It’s a nice idea to use both these apps together to get the most of your battery on a single charge. 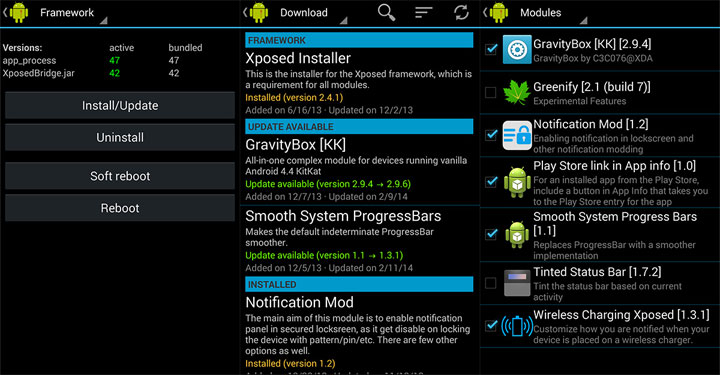 The Xposed Framework is an important tool for modding an Android device. It uses a number of modules which directly access the operating system and make changes to the look and feel of your phone. Although it makes changes on the system level, everything can be easily undone by deactivating and uninstalling the module and rebooting your device.

Xposed has a bunch of awesome modules which you can use to customize your phone. It is not available in the Google play store so you’ll have to sideload it from its website. Another thing – as of now, Xposed framework does not work on Android Nougat i.e. 7.0 and higher. 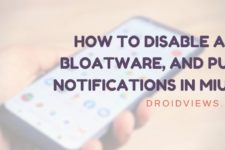 How to Disable Ads, Bloatware, & Push Notifications in MIUI 11 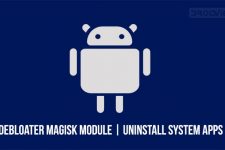 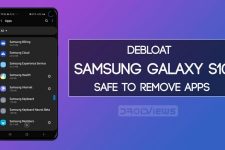