“How to get rid of the unwanted apps that are almost of no use to me?”– this is one of the major concerns for a user of smartphone whatever phone he/she might be using. While it is very easy to uninstall a third-party app, removing the apps that come pre-loaded with your phone might prove a hard nut to crack. Phone manufacturers often disable the Uninstall option for such apps that are called “bloatware”, a word most of us hate.

It is not that the bloatware issue is confined to Android smartphones only. The users of Symbian (almost dead now), iOS, WindowsPhone, Bada, Blackberry, WebOS, all face this problem. While the users of other operating systems for mobile might be doomed to tolerate the bloatware apps, those who are on Android can take advantage of it being an Open Source attribute and easily remove such apps.

The question is: “Are all apps that come with your Android phone by default deserve to be dumped?” The answer is definitely a big “NO”. Some of these apps are undoubtedly useful but there are still many others that only populate your phone’s app drawer and keep you irritating. Besides the unused apps, there are certain apps that are either trial versions or sponsored in nature. All these apps often occupy much of your phone’s internal memory and RAM. The reason that they might make the phone perform slower is that these apps keep running in the background which eats up the RAM memory.

It is therefore naturally desirable that we might wish to remove or uninstall such apps or games. The present article is aimed to suggest several methods that might help you if you are willing to fire the useless system apps out of your Android phone. For the sake of convenience and on the basis of the nature of the procedure, I have divided the article into two parts. The first one is for those who have not rooted their phone, nor are they willing to root it

Hide and Disable Bloatware on Your Phone:

If you have an Android phone with no root access, your chances of getting a perfect divorce with bloatware become a little dimmer, if not dark. Without root permission, you can hide such apps and make them non-functioning, but still, it is safer and as beneficial as removing the apps altogether. I am not sure what phones have the app hiding function, but it is certainly found in the Samsung Galaxy series phones (I have tested both the bloatware removal methods on Galaxy S4, S3 and Note 10.1)

Here is how you can do it if the option is available on your device. Open the App Drawer on your phone and tap on the options/menu button (on Galaxy phones, it is left to the center key), and select “Hide Applications”. Check the desired apps on the next screen and tap on “Done” on the top bar. Doing this will remove the apps from the app list but they will still keep working in the background and thus eating battery and RAM. To bring the hidden apps back to the app drawer later, you can use the “Show Hidden Applications” option.

Okay, we are done with hiding the undesired apps, but we also need to stop them from working stealthily. Let’s do that too. Open your phone’s Settings, go to Application Manager and tap on it. It will show all apps under three heads: 1). the third party or Downloaded apps, 2). Running apps, and 3). All apps. Swipe your finger from right to left to see the list of all apps present on your phone. Scroll the list to find the app that you want to stop working and tap on it. Now you will see an interface as shown below.

What you have to do is to tap on “Force Stop” and “Disable” buttons. Thus the app that was already hidden has now stopped working too. Nice!

As I said earlier, having a rooted Android phone has its own delicacies. Rooting makes you eligible to enter the restricted area of your phone where the system files lay protected otherwise. It is just like breaking into your own apartment. As you have the right to modify the system files of your device, you can easily manage things using various apps and utilities. We shall consider a few such methods below.

The Google Play store is replete with hundreds of file managers and terminal emulators that can make this task a child’s play. But there is a stark aspect of this method, so you need to a little careful.

Rooting your Android phone will void its warranty but you can always reclaim it be installing the stock firmware.  There are some ways to unroot the device leaving no trace, but this might not be true for all devices. If you have a Samsung Galaxy phone, rooting might increase the binary flash count but you can reset it to “0” using the Triangle Away app by Chainfire. Additionally, you can check out the following video tutorial to reset the flash count.

Also, make sure that the app you are going to delete is not essential to the operating system and is not associated with some important function.

Download and install any of the following apps and navigate to the system>apps folder on your phones internal SD card. Find the file, long press it to get the delete option and delete it.

If your phone is on Jelly Bean firmware, make sure you have installed the latest version of the SuperSU app, that is 1.00 (now), or you might get error while deleting a system app. Here are some screenshots that I made on my Galaxy S3 with Root Explorer and SU File Manager & Terminal apps respectively.

We can only hope that this tutorial might prove helpful for you in getting rid of useless apps that come with your Android device. If it is so, do not forget to share this article with your friends. To get updated with new useful tips and tricks, joins us on Facebook, Twitter or Google+. 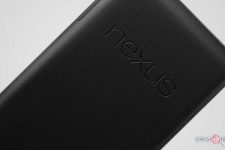 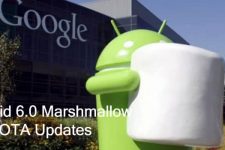 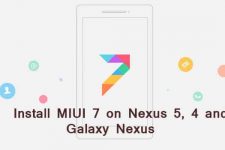