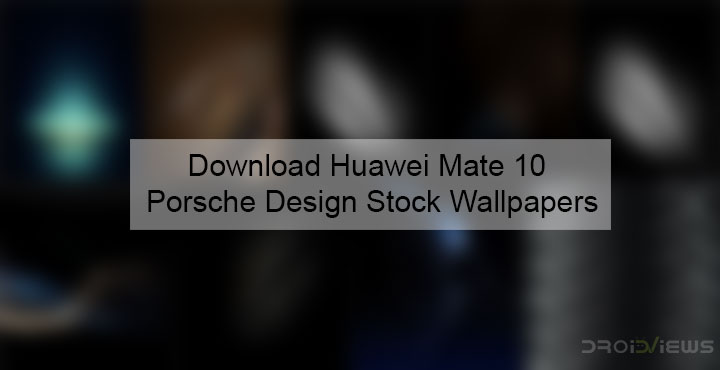 When companies launch these extra expensive smartphones, it is usually because they have a vision that won’t fit the current mainstream market. They make these devices for those who want to stay on the bleeding edge. For Apple, the iPhone X was just that, an experiment of this sort at best which turned out successful. Last year’s Mate 9 Porsche design too, although not as experimental, packed in more specs than the normal Mate 9 or Mate 9 Pro. Not that any of it justifies the price tags these devices had, but they weren’t meant for people looking for price tag justifications.

The Mate 9 Porsche Design was probably an experiment to see if Huawei could milk out more cash. Apparently, it sold six times more than Huawei expected. So the company is back with the Mate 10 Porsche Design, this time with even fewer differences. You do get a bunch of stuff in the packaging box like last year. This includes a leather case designed by German luxury company Montblanc and a bunch of adapters and other accessories.

You don’t have to spend that much for just the wallpapers though. We have the stock wallpapers from the Huawei Mate 10 Porsche Design for you right here. And you can have them for a small price of free. These wallpapers are all in a 1080×1920 resolution, that is full HD. You can download them one by one by clicking on the thumbnails to enlarge the images or simply grab the entire zip from the download link at the bottom.