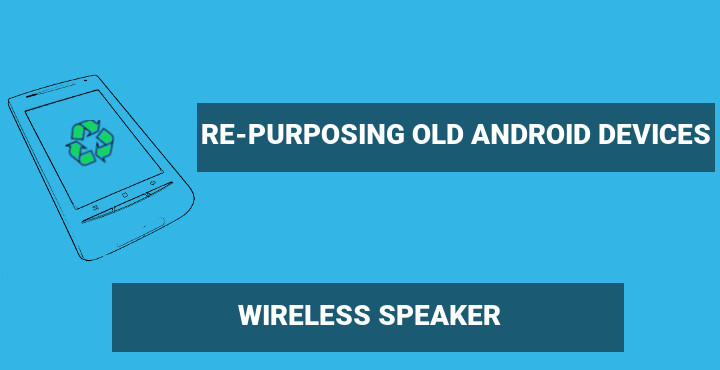 If you own an old Android device – especially one featuring an ARMv6 processor – chances are you keep it hidden somewhere just collecting dust, with no use at all. Truth is, most App designers and device manufacturers do not provide support for older Android devices, for several reasons. However, there is still some life in these old friends. Only things needed to find a new purpose for these devices, are imagination and research. For some time now, we have been featuring a series of articles on DroidViews for re-purposing old and abandoned Android devices. You can catch up with the rest of the article series here.

Today, we will discuss another interesting re-purposing idea for an old Android device: a Wireless Speaker. Owing to the great work of XDA developers member jekatt, any Android device running version 2.3 and up can be transformed into a wireless speaker device by just downloading and installing an App from the Play Store. Music is streamed through Wifi, using a special Music Player App.

It works using an idea based on the server-client model. A device running the Music Player App (server) is streaming music to one or more client devices, which act like speakers. There is no limit on the number of the connected speakers and any Android device with WiFi support can work as a speaker. Actually, any device running Windows, Android or Linux can work both as player or speaker. Also, the sound system can even run on a Raspberry Pi, if you are interested in creating a hobby project like a home wireless speaker system. This project tries to create a multi-room audio system solution similar to the ones provided by Sonos and Play-Fi, but with a much lower budget. The music player App of the project is known as SoundSeeder Music Player (on Android devices) and the speaker App as SoundSeeder Speaker.

Don’t miss: DDB2 – a Powerful Music Player for Android You Must Try

How to set up:

As mentioned above, this audio system can work between devices running different operating systems. On the following example, we will create a simple setup utilizing two Android devices, one running the Music Player and one (the old device we want to re-purpose) acting as a wireless speaker.

Go to the player device and start playing some music. You should now hear the music coming from the second device. Note that the device acting as the player can also playback music while streaming. You can control the sound volume of all the connected speakers as well as the player device by clicking the volume button on the play screen of the player App. 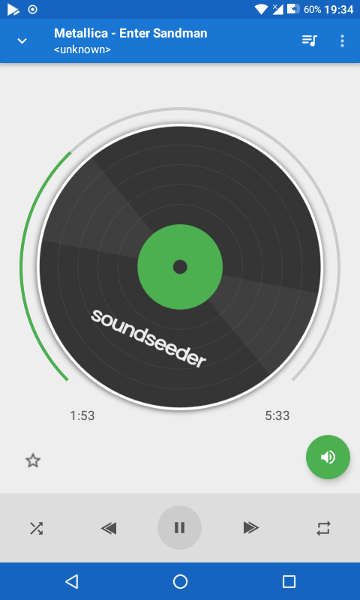 SoundSeed is able to play music in sync with multiple devices connected. Although it handles synchronization automatically, it is possible to manually force re-sync of a speaker. All you need to do is go to the speaker device and click the sync button on the top right corner of the screen (see the next image for reference). If speakers get out of sync often, you can set the frequency of automatic re-sync in the settings of the player App. Also, any speaker device can be disconnected at any time. This can be done either through the music player App or by clicking the stop button at the bottom right corner of the speaker device screen. 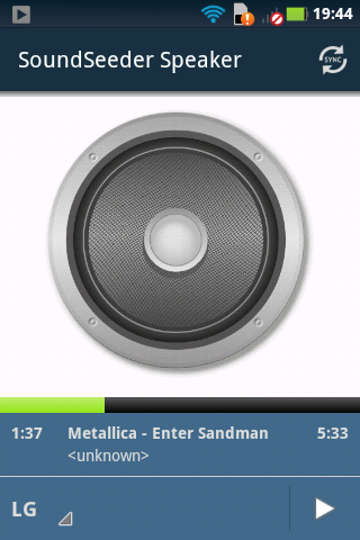 SoundSeeder packs exceptional features, but these features come with a price. The free version of the project only allows up to 2 speaker devices to be connected simultaneously and only 15 minutes of playback for each session. It also comes with Ads. You can unlock all features and remove Ads by paying a small fee.

Possible projects you can create utilizing SoundSeeder are endless. For example, if you have a number of old Android devices resting in your closet, you can easily transform them into the speakers of a multi-room, high quality, and low-latency audio system. And in addition to that, you can host your music library on a low-power device like a Raspberry Pi!