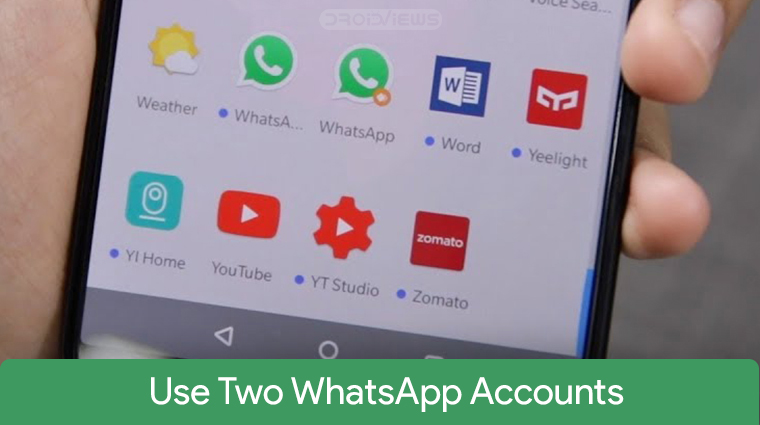 OxygenOS by OnePlus is known amongst enthusiasts for being one of the best OEM skins on top of Android. It manages to stand out and look different but it doesn’t burden the software too much with features. That said, OxygenOS does pack in some really useful features such as an App locker and Parallel Apps. The Parallel Apps feature has been around on other OEM skins, as well as via apps on the Play Store. Parallel Apps allows you to use two WhatsApp accounts on the same OnePlus device running OxygenOS.

This is an OxygenOS feature and has been present for a while. So it works on almost every OnePlus device running OxygenOS from the OnePlus 7T, 7 Pro, and 7 to the OnePlus 3 and 3T and probably even earlier models.

Using two WhatsApp accounts on the same phone is a much-needed feature in the eastern hemisphere of the globe. All of us have mostly dual SIM phones. People like to have a separate work number and another number for their personal life. This is a feature that western users, and thus app creators don’t feel the need for. Hence, WhatsApp only allows you to use one single account within the app.

So while it is mostly considered a bad thing, in this case, we’re fortunate that Android allows manufacturers to add new features to their version of it.

Create Another WhatsApp with Parallel Apps on OnePlus

A small orange badge at the bottom-right of the app icon is added to make the parallel app icon stand out. With this parallel app, you can then use another WhatsApp account. So you can use two WhatsApp accounts on the same OnePlus device running OxygenOS. However, you now have two WhatsApps on your phone so they’ll drain twice the amount of battery as well, and consume twice the amount of storage space.

Should you regret creating two WhatsApp accounts on the same OnePlus device, or just change your mind, you can just as easily disable the second WhatsApp, or any other Parallel App you may have created.

The second WhatsApp or another Parallel App will then be removed and its data will be cleared as well. Now you should be able to use two WhatsApp accounts on your OnePlus phone with the help of Parallel apps feature.