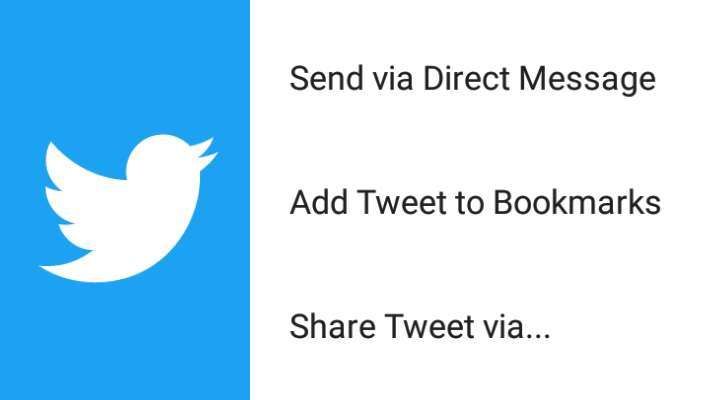 One of the most popular and widely used social media platform Twitter (also the Android app) has been updated with a brand new and immensely useful bookmark feature. As the name implies, this feature provides users with the ability to bookmark or rather save tweets to be able to view them at a later time or date. Speaking of which, users could bookmark any of their favorite tweets to be able to enjoy it later. This feature saves a lot of time and effort as users no longer have to keep scrolling and scrolling to catch up on their favorite tweets. Also, the bookmark feature helps in a situation where Twitter organizes tweets in a not so organized manner, requiring users to scroll and find tweets of someone who posts dozens of times a day, eventually missing a few tweets.

All said, now let’s check out the feature in action as depicted in the screenshots below. 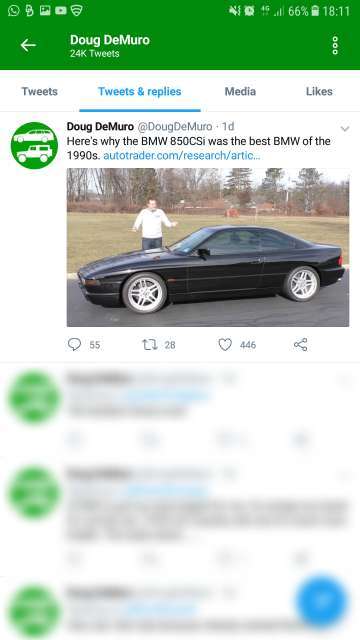 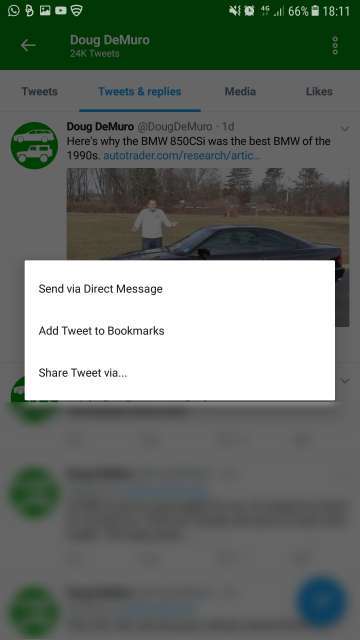 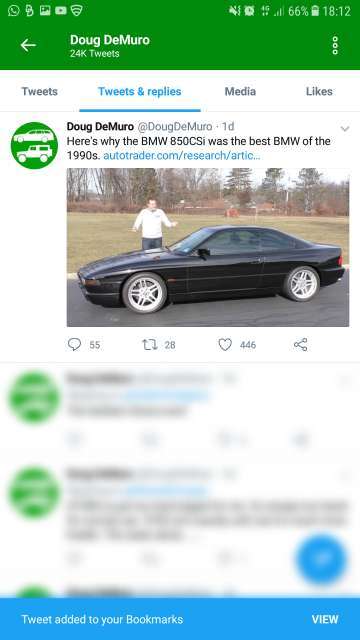 To access the saved or bookmarked tweet, tap your profile picture to bring up the side menu and then tap Bookmarks. Refer the next screenshot. 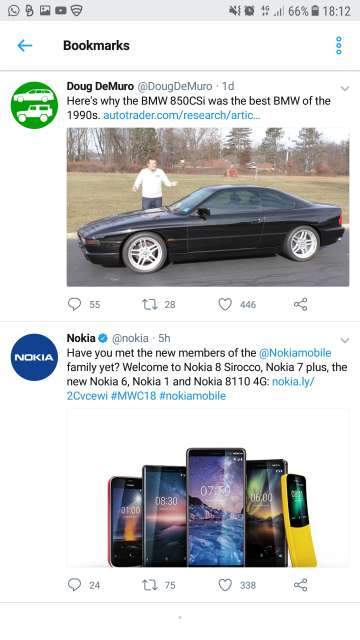 The tweets I have bookmarked are shown in the screenshot above.

And there you go folks, on my overview of the bookmark feature rolled out by Twitter in an attempt to make the tweeting experience better. However, the experience could have been even better if Twitter had brought back the option to edit tweets. Speaking of which, I don’t think Twitter has plans to bring it back anytime soon. But hey! As always, let’s hope for the best.