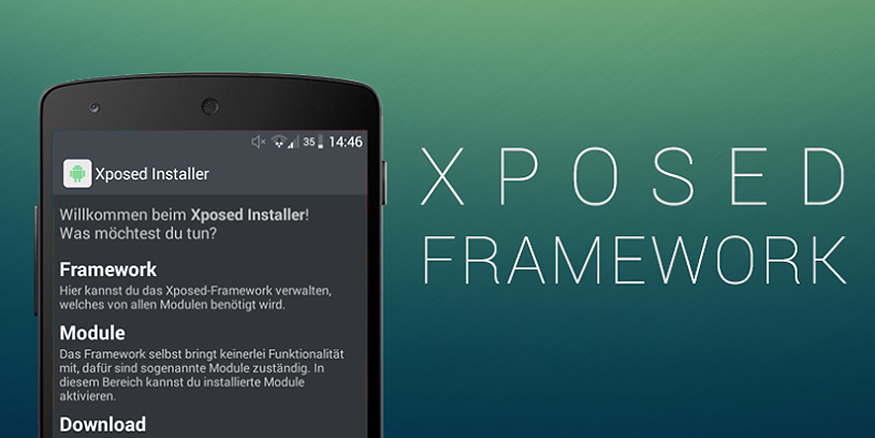 Android Nougat was launched towards the end of last year and a lot of smartphones have been updated to it ever since. Even though there were a lot of significant improvements in Android Nougat when compared to the previous version, there was one major downside. It was the lack of support for Xposed Framework for the phone running Android 7.0 and above.

Xposed Framework is a mod for rooted Android devices. It has been popular right from the Android KitKat days and smartphone users used it for various purposes. Xposed Framework came with a lot of features in the form of modules. The Xposed modules served numerous functionalities which were extremely useful and were not available in the stock and unrooted versions of Android.

Some of the modules of Xposed could be used to block ads system wide, fake your location, theme individual app interfaces and icons and much more. However, Xposed Framework worked only till Android Marshmallow and it was not yet updated to support Nougat during its initial release.

Once you have successfully installed the Xposed Framework, it is now time for installing the modules from the app. However, not all modules are supported as of now and there are a lot of modules to choose from. So, here is a list of 5 best working Xposed Modules than you can use.

Gravity Box is a popular Xposed module and has thousands of downloads. It has been there since Android KitKat and offers a lot of customization options. It has numerous features you don’t even need to install a Custom ROM on your phone. 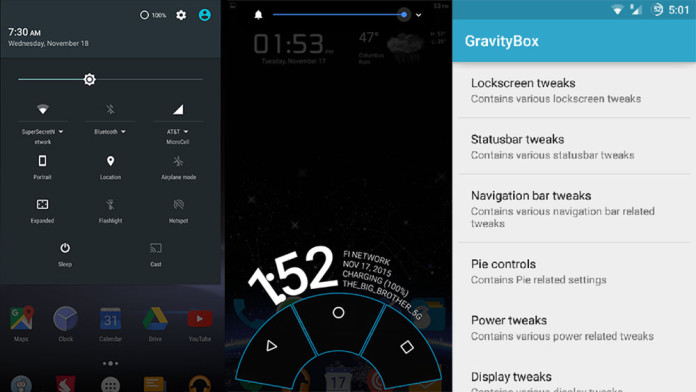 You can tweak almost every aspect of your system with Gravity Box like changing the position of your nav buttons, modifying the color and look of your status bar icons, customizing your lockscreen and so much more. Gravity Box also allows you to add app sidebar and pie launcher to your phone for easy access to your favorite apps from any screen. Instead of force closing your apps, it puts them in the hibernation mode. This means they will be running in the background but will use limited resources. Greenify will not force close your apps which mean your phone’s performance will not be affected. With root and Xposed module support, Greenify offers a lot more features like retaining app notifications and hibernating system apps.

Also read: How to Hide Root Access from Apps that Detect Root on Android Devices

Boot manager is an essential module which every Xposed user must have. Boot manager is designed to improve the performance of your device by reducing the time it takes to boot. With this module installed, you could deselect the apps which you do not want to start right after you boot your phone. By default, a lot of system and third-party apps start right after you boot your phone and will continue to run in the background until you power off your device. Some of these apps are unnecessary and might increase your boot time and affect the performance of your device. You can solve this issue by disabling these apps to start when you boot your phone, using Boot Manager.

Related: How to Enable Android Nougat 7.1.1 Like Shortcuts on Any Phone

Xstana offers a unique customization feature to your device. This module allows you to change the look and placement of both the status bar and navigation bar icons. You can personalize them to anything based on your liking. You could change the icons on your status bar to look like those on iOS and even change their colors. Xstana also allows you to customize your navigation bar. You can choose from a huge list of home buttons like stock Android, popular Custom ROMs and some of them even include logos of famous companies and superheroes. If you like to mix it up a little, then you should definitely try this Xposed Module.

Android O recently introduced the video pop up feature. This feature keeps playing the YouTube videos in the background as a tiny pop up even after you leave the app. This is a really great feature for people who love to multi task or just chat on Facebook while watching a video. But, this feature has been there in the Xposed Framework for a long time. Using the Xposed Module called Awesome Pop-up video, you could achieve exactly this. Besides YouTube videos, Awesome Pop-up could also play any video streaming from the internet in picture-in-picture mode.

Related: Enjoy Easier Multitasking When on a Call Using Blimps