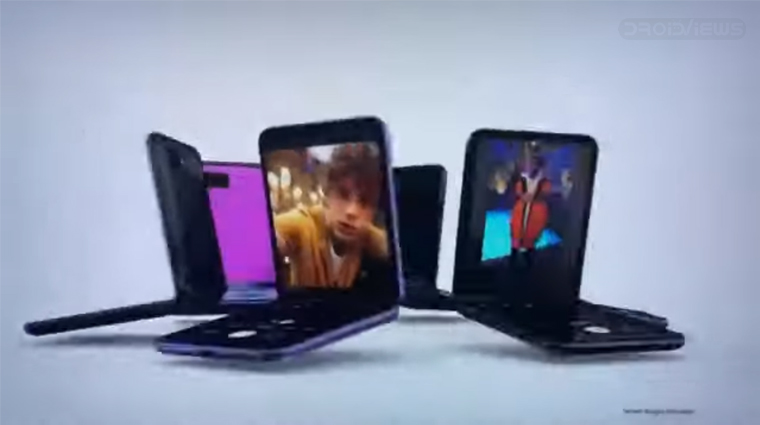 The official commercial doesn’t really mention the name of the phone. It isn’t the first time we’re seeing it, though. The Samsung Galaxy Z Flip was previously leaked in a hands-on video. It’s not hard to guess that the clamshell phone in this teaser ad is the upcoming Samsung Galaxy Fold Z.

The teaser ad above showcased the Samsung Galaxy Z Flip’s folding screen. It also shows some built-in Samsung apps that have been modified to work better with the taller, folding screen phone. For instance, it shows how the camera app can be used to place the subject on the top of the screen. The phone can then be folded like a makeup mirror. Whether you use this for video calls or makeup is entirely up to you.

The small display on the front is also shown to have some use cases. For example, it can show you notifications or controls to pick up or deny an incoming call.

If you missed it, count yourself lucky because the It’s me CL YouTube channel managed to repost the video for all of us.

We’ve seen similar functionality with the Moto RAZR too so while it is exciting it’s not new. What is new though is the small disclaimer at the bottom. It says, “You may notice a crease at the center of the main screen.” Something Samsung then describes as “a natural characteristic of the screen.” It’s obvious they’re just trying to stay out of any trouble over customers complaining about the crease.

Of course, enthusiasts like us are well aware that it is a folding, plastic screen. But the average consumer that this ad targeted, who will possibly buy the Galaxy Z Flip, doesn’t even know folding phones exist. It might actually be a brighter idea to make that disclaimer a bit bigger and bring it to the center.