A couple of month ago Samsung released a list of its Galaxy line up that would be upgraded to Android 4.2 and 4.3. Later we got rumors that OEM will promote some of its older flagships like Galaxy S3 and Note 2 to Android 4.3 directly. It has been more than a month since the 4.2 firmware was leaked for the former device (S3) and the delay in the official release can be seen as just another indication that the above mentioned smartphones might be directly promoted to Android 4.3.

The way Samsung has started the Android 4.2.2 update to a less popular mid-range device like the Samsung Galaxy S2 Plus cannot be without a reason and we hope that the neglection of S3 and Note 2 that might be tasting sour to the users of these devices, will finally turn into some pleasant sense pretty soon. Another mid-range device from Samsung’s second generation tablet line up has now started receiving Android 4.2 update via OTA. The users of Galaxy Tab 2 7.0 GT-P3100 finally have a big reason to smile as they are now entitled to enjoy the not-so-latest version of Android before most other people with higher models.

The first Android 4.2.2 firmware for the Galaxy Tab 2 7.0 GT-P3100 (3G + WiFi) is already out for the users of this device in France. Since it is an unbranded firmware, it can be installed on any Galaxy Tab 2 7.0 with model number P3100 that is not locked to a network provider. In other words, if you are able to use ant SIM card on your Tab, you can have this new firmware.

We have not been able to test this firmware, nor do we have any official changelog, so we cannot list what new features the 4.2 update for the device brings with it, but we hope that it’ll improve the performance of the device and also bring the multi-page lockscreen with widgets support. Download the firmware from below, install it and lets us know of the new changes you discover. 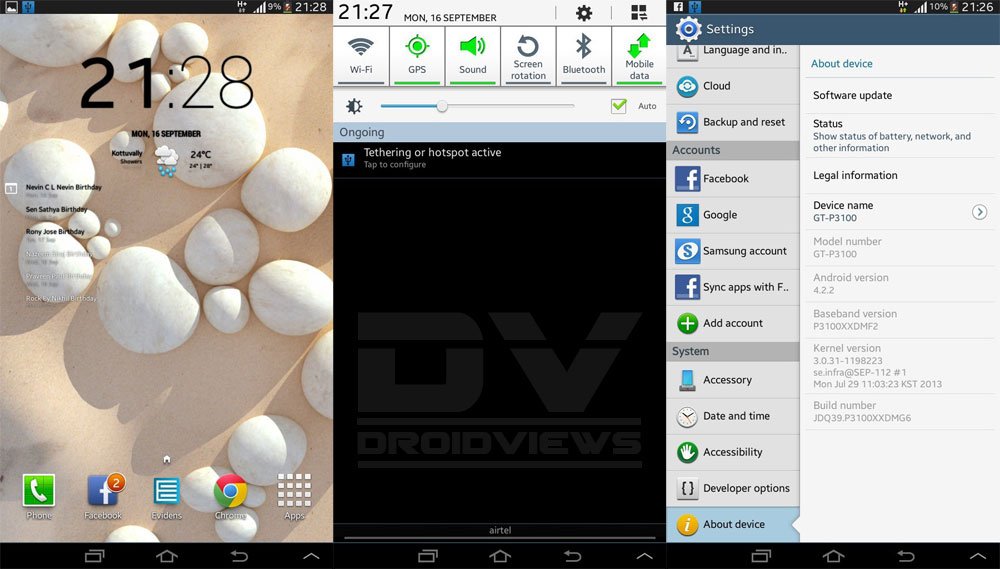 Download the firmware file in zip and unzip it on your desktop. You can find detailed installation steps here.