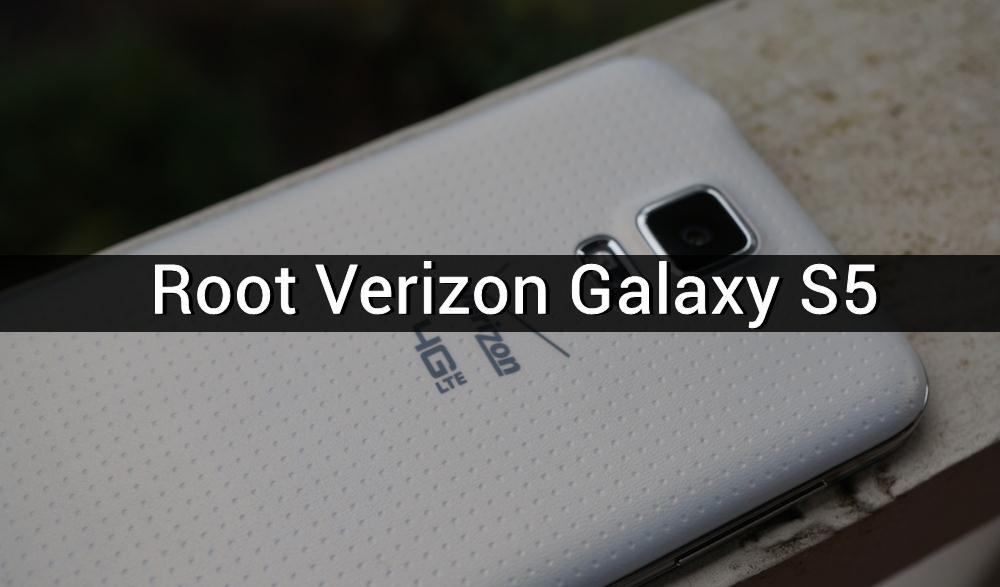 Android devices are easy to customize and make changes to the system making the device’s performance better. Most of the Android devices are easy to fiddle and tinker with but few devices are too tricky to deal with. Specifically, devices from US carriers like Verizon are tough as they come with locked bootloaders. If you’re a Verizon Galaxy S5 user, you’d know how hard it’s to find a working root process for your device. Earlier we have covered a tutorial on how to update Verizon Galaxy S5 to Marshmallow without losing root. But most of the users found it difficult to root their S5 on Verizon. So, we are covering an in-depth tutorial on how to root Verizon Galaxy S5 on OE1/OG5/OK3/PB1 firmware.

Before diving into the tutorial, we want to make you understand the rooting process as it’s quite lengthy and complicated. Once you understand what we’re doing, you’ll easily get through the hectic process. Follow the below tutorial carefully to avoid any hassles.

Follow the below prerequisites to prepare your device for rooting. Once the device is ready, we will proceed with the rooting process.

First things first, if your Verizon Galaxy S5 is not running on the above firmware (OE1/OG5/OK3/PB1), you need to either upgrade or downgrade. If you’re running KitKat firmware, you need to upgrade your device to Lollipop and if you’re running on Marshmallow, you need to downgrade. You need to flash the PB1 firmware through Odin tool which is quite easy. If you don’t know how to use Odin, we have a great and detailed tutorial for you. Just grab the PB1 firmware file from here and follow the below-linked tutorial to flash it on your device.

After flashing the PB1 firmware, just go through the initial setup but don’t link any Google or Samsung accounts.

Reactivation lock must be disabled on your device. For those of you who don’t know, it’s a safety lock implemented by Samsung to prevent unauthorized access on lost or stolen devices. To do this:

Don’t Flash any Zips with Bootloaders

Don’t flash any Zips that has bootloaders after rooting your device. Else, you’ll end up with a bricked device.

Install USB Drivers and Other tasks

So, the root process involves a couple of technical things with the kernel. In layman’s language, you can’t root Verizon Galaxy S5 on Lollipop but you can root it on KitKat kernel. So, you need to flash a KitKat kernel on your device to install KingRoot on your device. After rooting the device, you need to flash back the Lollipop kernel or else you won’t be able to boot. After the reboot, you’ll be on Lollipop and you’ll also have functional root. Simply, you can put it as “Install KitKat kernel » Root » Install Lollipop Kernel back.” The KitKat kernel we’re using here is NK2 and the Lollipop kernel is PB1. So, without any further ado, let’s root Verizon Galaxy S5.

Kingroot doesn’t offer complete functionality like SuperSU. So, you may want to uninstall it and flash SuperSU on your device. To do this, we need to install the SuperSU-Me app from Play Store which is a paid app. So, if you don’t want to pay, you can skip this section and move forward.

You can download the SuperSU-Me app from below Play Store link. It will replace KingRoot with SuperSU on your device.

That’s it. Hope we’ve made it simple enough for you to understand the process. If you have any queries, let us know in the comments section below.