Android N Developer Preview is already available for Nexus devices while there are only 2.3% devices running Android Marshmallow. But if you are a proud owner of a Nexus device you shouldn't worry about it, you are supposed to be on the latest Android version always. If you missed the article on How To Install Android N Dev Preview on your Nexus device, here is the link for you. Go ahead and try out the latest Android version on your Nexus device. Keep in mind the update is available for Nexus 6, Nexus 9, Nexus 5X, Nexus 6P, Nexus Player and Pixel C only. Once your Nexus device is up and running Android N, you probably want to root it. Thanks to XDA developer Chainfire, now you can enjoy root access on your device running Android N. Though the development is still in its early stages you would get working root access on your device. But some applications that require root access may not work as desired due some changes made in Android N. You may read this Google plus post by Chainfire to understand why some root applications are failing on Android N dev preview. Do take a backup of your files on your device before starting with the rooting process as you may lose it. Also, make sure there is enough juice left on your device before starting the process. (Battery should be, at least, 60%) WARNING: Any bricked devices would be your responsibility only. We at Droidviews should not be held responsible for any damage to your device.

Things You Will Need

You will need to have a Nexus 6/Nexus 9/Nexus 5X/Nexus 6P running Android N Dev Preview. You will also need a PC to root your Nexus device. Download CF-Auto-Root zip file for your device and USB drivers from the given links on your PC. USB Drivers| Link (Download Google USB drivers from this article)

Step 1. Download the CF-Auto-Root-*-*-v2.70.zip for your device from the links given above. Step 2. Download Google USB drivers from the links given above and install them on your PC. (You may skip this step if you have already installed USB drivers on your PC) Step 3. Extract the zip file you have downloaded using any unzipping software you have on your PC. You may get the following files on extracting the zip file (see the screenshot below).

Step 4. Now turn off your device and boot it into Bootloader/Fastboot mode. To do so, press and hold Volume Down and Power buttons simultaneously for few seconds. Step 5. Once your device is in fastboot mode connect it to your PC using a USB cable. Step 6. Now if you are using a Windows PC just run the root-windows.bat file to start the rooting process. If you are on a Linux/Mac open Terminal and type the following command and then run the root-linux.sh/root-mac.sh file on your PC.

Step 7. Follow the on-screen instructions and wait for the process to finish. Once the process ends your device should reboot automatically. Congrats! you have successfully rooted your Nexus device running Android N. You may check the root access by installing Root Checker application from the link given below. 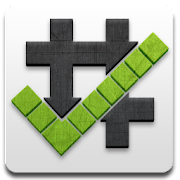 Price : Free
Download on Google Play
4.3
Stuck somewhere? Leave us our queries in the comments section below. We will try our best to resolve your issues.