LG's latest flagship, the G3, has gained so much popularity in so less time. As we usually see in the case of popular Android devices, the LG G3 has successfully  won the hearts of our development community. What can be a better proof than the very fact that the device got working root methods even before its official release. One thing, however, that has put a sort of brake on the pace of custom mods and ROMs development for the device is the locked bootloader it comes with. According to reports, LG has been preparing to launch a website to allow willing users to get the bootloader unlocked. Since LG has not yet released a way to unlock the LG G3 bootloader, —the users all its variants except one are not able to flash CWM or TWRP recovery on their phone. Thankfully the case is just the opposite for the owners of T-Mobile LG G3 (D851)! XDA member thecubed has made a very easy tool in collaboration of jcase, and autoprime. This tool is called PurpleDrake and it can perform jobs like rooting and installing TWRP recovery on the T-Mobile LG G3 easily and quickly. Actually, the PurpleDrake is a universal tool for rooting all variants of the LG G3 but when it comes to installing TWRP too, it does its magic only on the T-Mobile variant. So, if you got the TMO G3 and have been looking for an easy root and custom recovery installation, PurpleDrake is the thing you need. It comes in 2 versions— lite (for rooting only) and full (for rooting and installing TWRP both) and works on machines running Windows, Mac, and Linux.

Now that you made all above-mentioned preparations, you can now proceed with PurpleDrake to root and install TWRP Recovery on your LG G3. If everything goes fine, your T-Mobile LG G3 will have not only root access, but TWRP recovery too. Enjoy!

To verify proper root privilege on your LG G3, download and install the Root Check app and run it on your device: 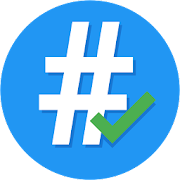