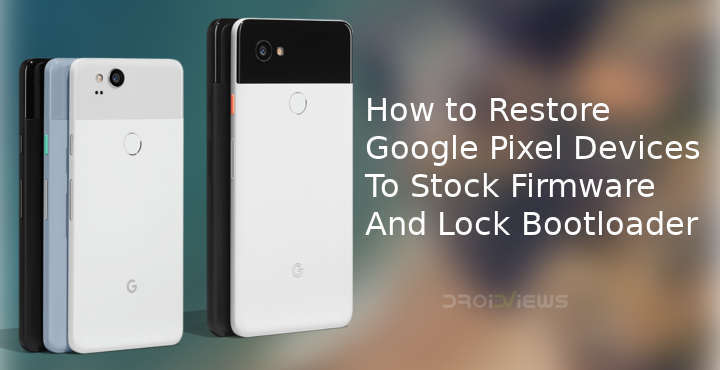 Despite not selling in numbers as huge as a Samsung Flagship, Google’s devices, even the Nexus line earlier, have enjoyed enthusiastic third-party developer support. This is the reason why the Nexus 5, released in Q4 2013, can be updated latest Android 8.1 Oreo, 5 years later. Google Pixel devices are not very different in this regard. With such a strong community behind them, Google Pixel devices have a number of ROMs and other mods some of which probably get ported to other devices much later. If you’ve ever done things such as installing mods and custom ROMs, you would know things can always go wrong. You may have created a backup before, but what if you did not or could not? Well, here’s how you can restore Google Pixel devices to stock firmware.

How to restore Pixel devices to stock firmware (flash-all script)

How to restore Pixel devices to stock firmware (manual flashing)

Another way that you can prevent your device from being wiped is by manually flashing all the required images. This is a more tiresome process but if the flash-all script doesn’t work for you due to some sort of black magic, this can come in handy.

The first boot after a restore can take a few minutes.

How to lock the bootloader