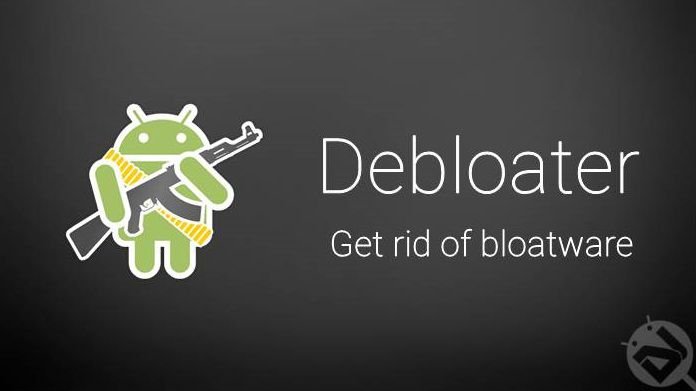 Smooth performance is one of the key factor that determine the potential of the smartphone and we could definitely say that there is no smartness in using devices which are super laggy. The least thing any Android smartphone user want to worry about is the smoothness of the user interface. As we all know, Google is very keen about the performance and usability of the Android operating system and they set up a billion dollar company to make Android a better place. Moreover, if you’re a Nexus user or at least running stock vanilla Android on your device, you’ll know the real smoothness of Android OS. So, obviously there is no point in blaming Android OS for your device’s poor responsiveness.

If you start looking for the reason for your device’s degraded performance, you’ll notice a bunch of system apps consuming a huge chunk of your device’s resources. Most OEM’s customize the stock Android OS and bring up their own custom UI topping the vanilla flavor of Android. As a tech enthusiast, I never oppose software optimizations but as an open source lover, I seriously object the installation of bloatware just for marketing purposes. Most carriers and OEM’s have a real nasty habit of injecting the devices with junk apps just for marketing purposes. For, instance why would anyone want an OEM’s mail app or maps app if we already get all the best goodies from Google for free?

Android comes with a disable option to disable system apps without uninstalling them but it’s a hectic task to disable all the bloatware in your device. Today we will show you a simple yet powerful debloater tool which will disable all the bloat apps on your device in one go. Thanks to gatesjunior for providing such great tool to the Android community, here are few features of the tool:

The debloater tool is currently compatible with Windows operating system. You need to enable USB debugging on your device and have proper device drivers installed on your PC before using this tool. If you’re using a KitKat device, you’re not required to root your device (unless you want to uninstall apps permanently). However, if you’re using device which is running on any other version (even Lollipop) of Android, you’re required to root your device before proceeding with the tool.

The debloater tool is easy to use and we also have a great video at the end of the post (thanks to RootJunky) demonstrating how to use the tool to remove junk apps from your device. However, keep in mind that the tool doesn’t differentiate the bloat apps from normal apps, so be careful when you choose the apps to disable. After running the tool, you will encounter a warning message which will show all the consequences with the tool. Once you hit the Read device’s packages button, a list of apps installed on your device is loaded. Now, you can carry your debloating business from here and click the apply button once you’re done choosing the apps from the list. 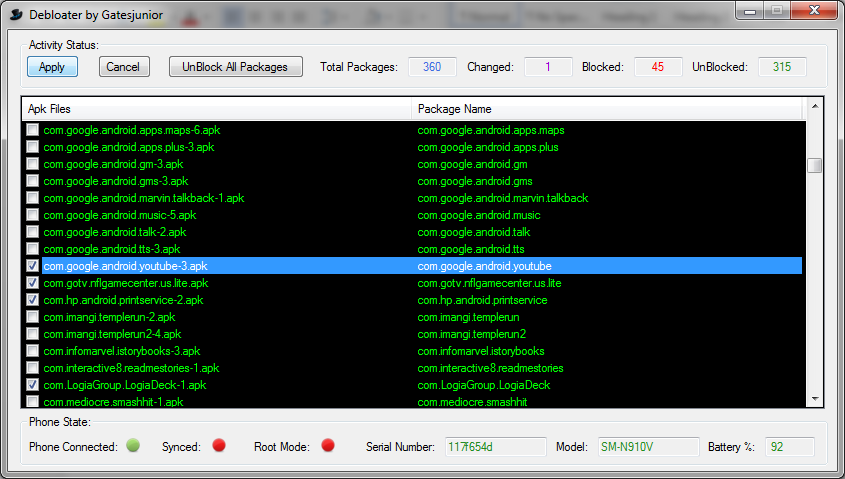 Spare some time to watch the video below to get a good idea on how to use the debloater tool.