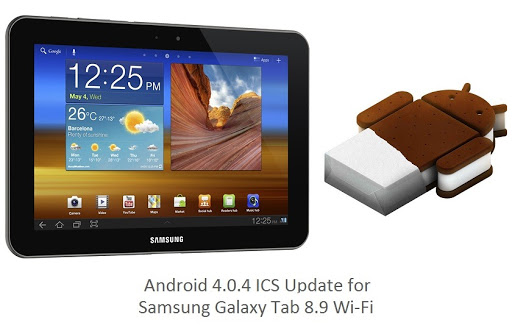 “Better late that never” is a well-said proverb. This is what we see in the case of two variants of the first generation of Samsung tablets. The Galaxy Tab 8.9 and its WiFi version has just seen Android 4.04 Ice Cream Sandwich update. The new firmware update with Baseband version P7310DXLP7 is available via Kies and OTA.