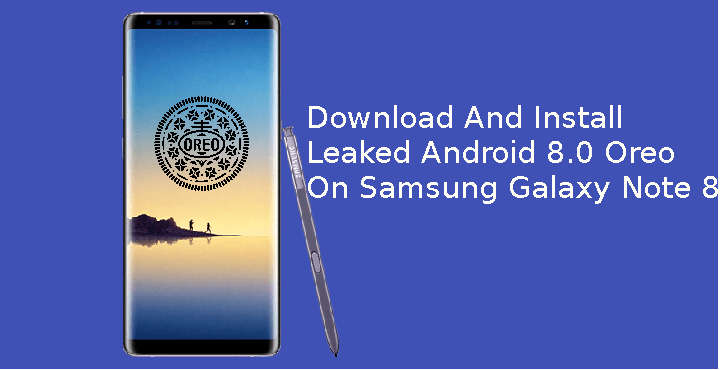 Samsung has already rolled out Android Oreo beta builds for the Galaxy S8 and S8+ a month ago. This beta was only available to users who had enrolled in the beta program. Owners of its latest flagship, the Samsung Galaxy Note 8 may have felt a bit left out. But it seems while Samsung was busy executing the beta program for Galaxy S8 and S8+, it has also testing Oreo builds for the Galaxy Note 8. Apparently, they were testing an Android Oreo build on the unlocked Snapdragon-powered Galaxy Note 8 units in the US. Redditor mweinbach discovered a link to this firmware build on Samsung’s servers and he shared it online in a Reddit post.

For the uninitiated, the Galaxy Note 8 ships in two variants, one powered by the Qualcomm Snapdragon 835 and the other by Samsung’s own Exynos 8895. The Snapdragon variant is sold in the US and China while the rest of the world gets the Exynos variant. Several users have reported the build to be functional but of course, it is buggy. It is, after all, a leaked firmware build that wasn’t ready for the general public. In order to install this leaked build, your Snapdragon-powered Galaxy Note 8 should be running firmware version N950USQS2BQK2. This is the latest official firmware for the Note 8 released by Samsung. But so far it is only available for Note 8 devices on Verizon.

There is a workaround using which the N950USQS2BQK2 firmware can be installed on unlocked Snapdragon Galaxy Note 8 devices. Which then makes it possible to install the Oreo test build.

This is a leaked build and is known to be buggy and it may end up bricking your device. Even if you follow the steps mentioned below we cannot guarantee this will work. Instead, we’d rather recommend that you wait for an official beta testing program or the official update whenever that happens. If you enjoy playing with fire though you’re perfectly welcome to try the bleeding-edge route but at your own risk.

How to Install N950USQS2BQK2 firmware build

First and foremost, you must make sure your Galaxy Note 8 is running the latest N950USQS2BQK2 firmware by Samsung. The download link to the firmware and to ODIN are included in the download section above. If you need any help installing the firmware using ODIN, we have a very detailed and descriptive guide that will help you. You can reach it using the link below:

How to Install Leaked Android 8.0 Oreo on Samsung Galaxy Note 8