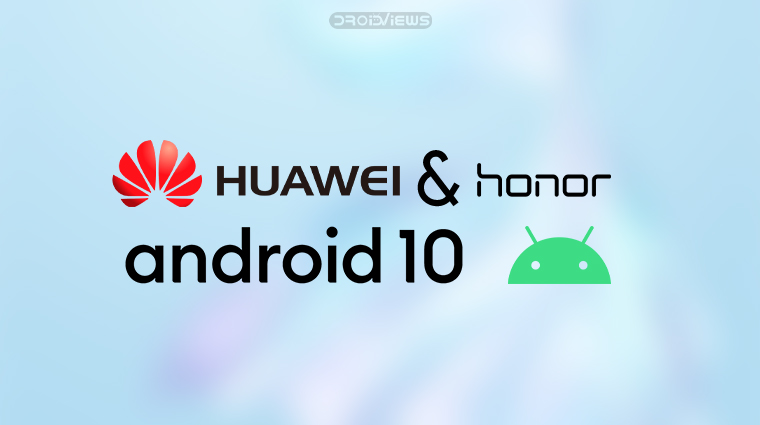 Wondering as to when your Huawei or Honor device will receive the Android 10-based Magic 3.0 or EMUI 10 update? Well,  we got you covered! Here’s is a continuously updated post about the Android 10 based Huawei EMUI 10 update. Honor devices will also be getting the Android 10 update but with the Magic 3.0 interface built-on top it. Huawei, due to the very nature of the software on their phones, doesn’t have the best track record at providing software updates. Of course, the software is what they make it and they do have their reasons. It is what it is, but now Android 10 has been out for over a month.

A handful of devices including the Pixel lineup, the Essential Phone, OnePlus 7 Pro, and OnePlus 7 are the only devices updated to Android 10. If you have a Huawei or Honor device, you have reason to worry about getting the Android 10 update. Huawei at least provides 2 updates to the top of the line smartphones, and so does their sub-brand Honor. The company has also released a sort of a roadmap for providing the Android 10 Update to some of its devices.

First things first, yes, if your Huawei device currently has the Google Play Store, you will still have it after the EMUI 10 update. All devices released before the Huawei Mate 30 and Mate 30 Pro will continue to have the Google Play Store since they were already licensed by Google. The Huawei Mate 30 and Mate 30 Pro don’t have the Play Store, won’t have it, and it can’t be sideloaded either. This will be true for any Huawei or Honor devices going forward. 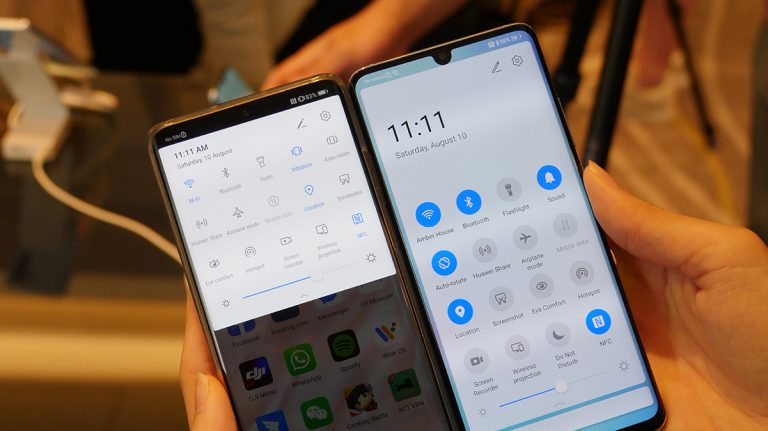 Huawei’s EMUI 10 update is a drastic change from EMUI 9, perhaps the biggest in EMUI history. It adopts a few things from Samsung’s OneUI as well. For example, the quick settings panel is now mostly empty, with all the toggles shifted towards the bottom. Samsung meanwhile has updated OneUI to make full use of the screen. Although, Huawei says this design is more influenced by magazines than anything else. So in theory, this means a clear hierarchy of headlines, lists, and content. For instance, the titles are big, bold, and take up a lot of space at the top. In reality, this just means a lot of white space. White space is clearly the trend these days.

The design holds true whether you’re in the Settings app, Calendar, Contacts or any other pre-installed Huawei app. Like Samsung’s OneUI though, the design consistency falls apart as soon as you launch a third-party app. The interface also has some new “natural” animations that should improve the overall user experience. 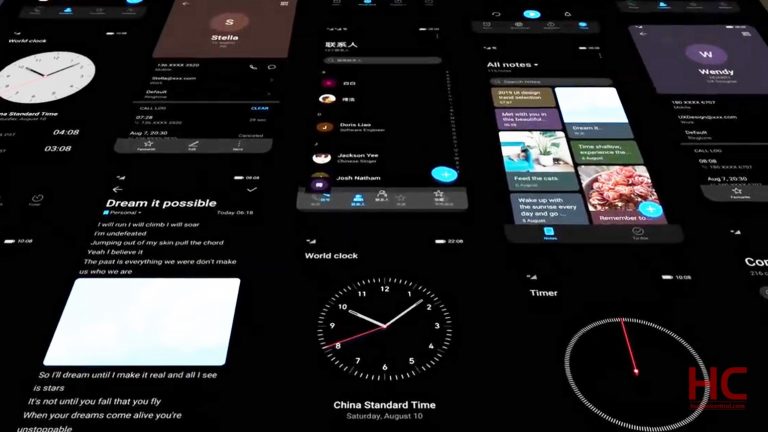 You had to see this coming. Everyone is doing to the dark side (finally) and Huawei doesn’t want to be left on the bright side alone. There have previously been dark EMUI themes from third-party developers. This though is an official dark EMUI 10 theme by Huawei so we can expect a bit more consistency. Unlike Google, Huawei’s dark mode turns the background completely black, essentially turning off the pixels on an AMOLED display. Headlines and titles in this mode also change to a light gray color, but not completely white. Don’t forget to check out our list of the best dark themes for Huawei and Honor phones while you are still using EMUI 9. 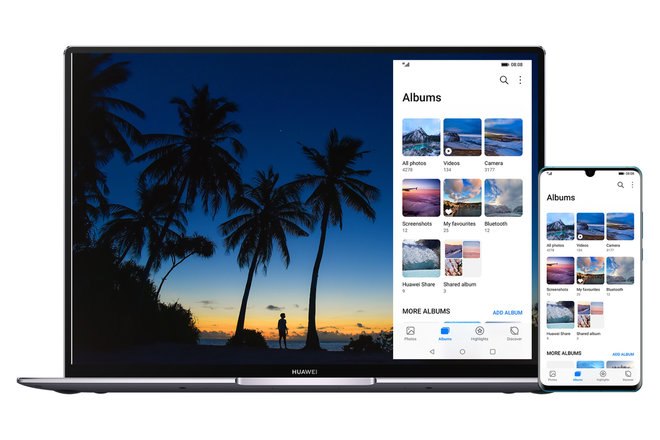 With the Android 10 update, Huawei is also laying groundworks for an ecosystem of Huawei devices that can work together like Apple devices. While most of that will come to the forefront in the future, one feature is already available if you have a Huawei Matebook laptop. With the EMUI 10 update, when you connect your Huawei phone to a Huawei laptop, you get a virtual smartphone screen on the laptop display. It allows you to easily and quickly copy and paste text using your keyboard and mouse. You can even drag and drop files between the two devices.

The list above only contains devices that have been officially confirmed for the Huawei Android 10 update. It’s possible that the company releases the update to more devices in the future although, don’t hold your breath.