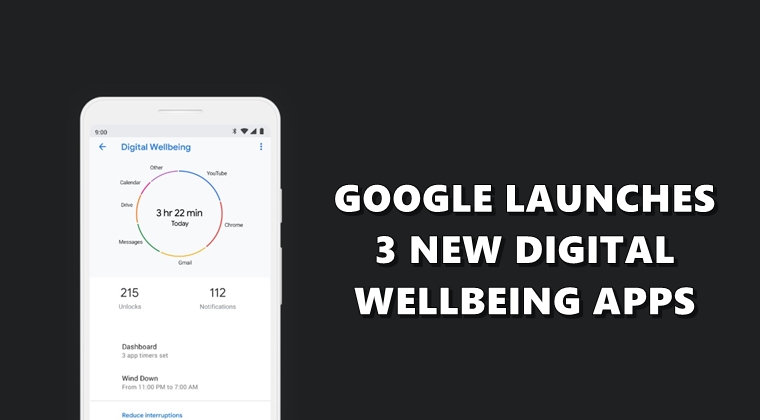 Google has been taking quite a lot of initiative to help users cut down their excessive phone usage. Android devices already have a Digital Wellbeing feature and a much revamped Focus mode in this aspect. Continuing this tradition, Google launched around five new experimental apps a few months back. And now, it has added three new apps in this list. Although two of them are quite interesting, the third one might come across as a slightly unconventional app. Anyways, let’s have a look at the three new Digital Wellbeing apps launched by Google. 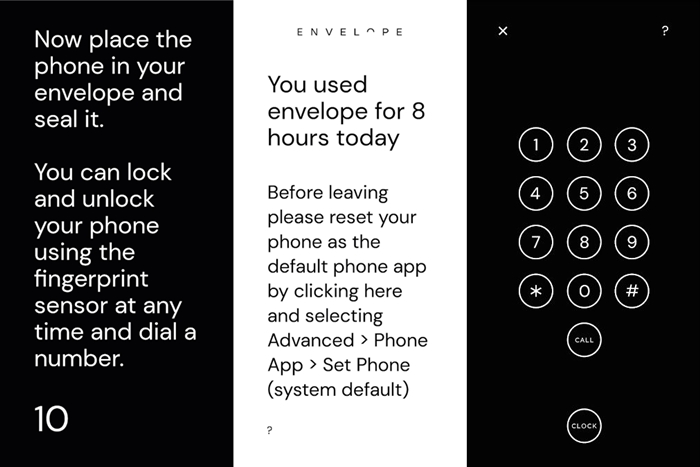 The one is probably the strangest Digitial Wellbeing apps released by Google. Here is what needs to be done. Download the app and take a printout of the PDF file provided by the app. Then fold this paper into the shape of an envelope and put your device inside it. Through the envelope, you could access the keyboard and the camera icons that the Envelope app will provide you with.

The Envelope has been designed keeping in mind the specially arranged keypad and camera keys inside the app. A small hole is also present at the back to access the fingerprint sensor. Similarly, two different cutouts are available for taking pictures and recording videos.

This really seems a strange idea, to begin with. I doubt anyone would actually carry out these many steps just to curb down their smartphone addiction. Just enabling the DND mode seems a much easy workaround. Anyways, this Digital Wellbeing app is currently supported only on the Pixel 3a. Google has furthermore made it open-source, with the source code available at GitHub.

This Digital Wellbeing app from Google has a really interesting concept. This is a live wallpaper app that creates a bubble every time you unlock your device. The longer duration you use your device without locking, the bigger the bubble will grow. As soon as you lock your device, the bubble settles down at the bottom. Next time when you unlock the device, a new bubble gets created and a similar process then follows.

At the end of the day, you would have an idea about how many times you have unlocked the device (judging by the number of bubbles) and the duration for which you used your device (judging by the size of bubbles). The app doesn’t give an exact metric to get holds of these data, rather you’ll have to judge via these bubbles. Still, a fascinating Digital Wellbeing app from Google nonetheless. 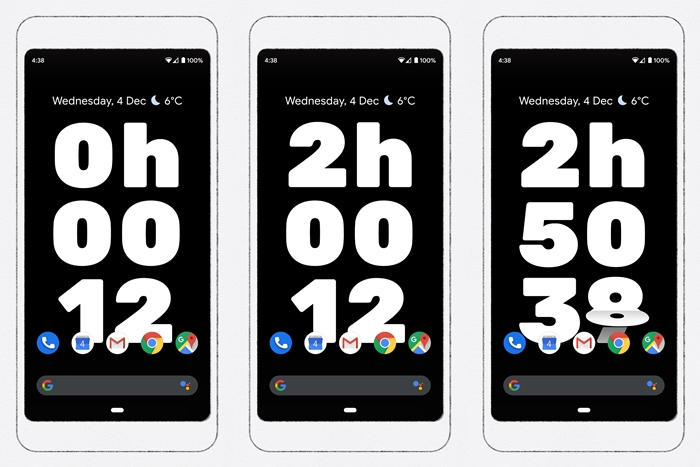 Another live wallpaper Digital Wellbeing app from Google, this one places a large timer on your home screen. The clock shows for how long you have been using your device, in hours, minutes and seconds. With each passing second, you’ll also hear the subtle ticking sound that will remind you to curb down on your device usage. This timer will be stopped as soon as you lock down your device but will start the instance you unlock it. At the end of the day, you’ll get the complete duration for which you used the device.

So these were all the new Digital Wellbeing apps from Google. It’s really nice to see Google is taking a keen interest in this direction. On that note, we would love to hear your views on the same. Also, let us know in the comments section which among the three apps you found to be the most useful one.

Read Next: How to Enable YouTube’s Take A Break Reminders